BEIJING: Peng Liyuan (pic), the wife of President Xi Jinping, has called on the international community to pay more attention and offer more support for the advancement of girls’ and women’s education so as to help achieve the objectives of the 2030 Agenda for Sustainable Development.Peng, who is also Unesco special envoy for the promotion of girls’ and women’s education, made the remark on Friday while attending via video link an award ceremony for the Unesco Prize for Girls’ and Women’s Education.

Peng said that while the Covid-19 pandemic is having a particularly negative impact on girls and women, it is necessary to pool resources and take targeted and effective measures to help provide them with fair and quality education.

She suggested making good use of digital technologies to promote the sharing of quality online education resources in an effort to step up educational support for girls and women in poverty-stricken areas and those from underprivileged households.

To help them enjoy happy lives in the digital era, efforts should be made to improve their ability to utilise new technologies for employment and entrepreneurship, Peng said.

She also called for beefing up female health education in order to help girls and women become more health-conscious.

Peng also congratulated prizewinners from Brazil and Mozambique, saying that the award has inspired more and more people devote their lives to the education of girls and women since it was established in 2015 by China and Unesco.

As a result, countless girls and women have mastered knowledge and skills, and obtained the ability and confidence to change their destiny and pursue their dreams, she said.

She said she hoped that the second term of cooperation between China and Unesco on the award will serve as a new starting point to provide new impetus for girls’ and women’s education. — China Daily/ANN 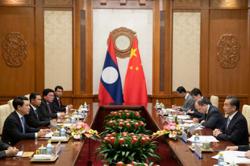