Not camera-shy: Tan working on a video featuring an office unit in Paya Lebar that was up for sale early this month. — The Straits Times/ANN

SELLING property is a tried and true process honed over many decades but entrepreneur Nick Tan is using his digital savvy, creative juices and slick delivery skills to add a Hollywood-style twist to the old formula – but it doesn’t come cheap.

The fees are sometimes higher than what other agents charge because Tan does something that most agents don’t – beautifying his customers’ homes with even new furniture so that they look good on screen to the buyers.

Tan, 31, is the face of the company he founded, Selling Singapore, which specialises in using 10- to 15-minute videos on popular channels such as YouTube to help homeowners market their properties.

It went big in January last year, timing that could not have been better. The pandemic struck a couple of months later and led to multiple Covid-19 restrictions that deterred many people from home viewings, especially those in the secondary markets.

The firm’s virtual home tours started to become more popular and effective: Tan and his team of 20 or so have sold close to 600 properties. About 100 of these were sold by him personally, as he averages about four to five sales a month, or about one a week.

Assuming that each of these homes costs an average of S$1mil (RM3mil) and the standard commission for agents is about 2%, Tan would have received fees of about S$2mil (RM6.15mil) since last year.

While many property agents from other companies also use videos to sell homes, Selling Singapore’s productions stand out both in style and content because they are done like a talk show – he becomes your virtual host as he introduces the homes and their neighbourhoods in an informal format.

“It is not rehearsed and there is no script. I used to have scripts but the flow was not good.

“So now, we just wing it,” he said, adding that he came up with this style after watching many videos of American realtors who also use similar style to make sales.

“What struck me was that all of them were very real and natural in their presentation.

“I also try to do the same. I shoot in the same clothes I wear daily. So what you see is really me,” he said.

That he is not camera-shy is probably the reason why his viewership numbers, often in tens of thousands, are many times more than other mundane property videos.

For instance, he always starts with a short introduction by walking around the estates before taking viewers to the homes on sale.

“The videos are done for the buyers, so I focus on what I think they want to know.

“When people buy properties, the locations are very important. So that’s why I start most of my tours from the outside,” he said.

Once inside the home, he rattles on like he owns the place as he shows every nook and cranny that most potential buyers want to see.

As he walks around, he also fills them in on aspect details, such as the direction of the front door and the outdoor views from all parts of the home.

He even does most of the homework for buyers by sharing comparative prices of similar properties in the vicinity as well as possible monthly mortgage payments.

While he does not believe in hard-selling his customer’s property, he can’t stand mess or unsightly old furniture.

So Tan sometimes rents new furniture for his video shoot and then lets the homeowners use it if they are still living there.

“We usually try to declutter the homes before we shoot the video. Buyers are interested in the homes and not the owners’ belongings so we try not to let such distractions get in the way of their viewing,” he said.

In addition to these furnishing costs, his presentation takes up to five hours to film on site and about 10 days to get it ready for his online audience.

Is such effort worth it?

Owner Jean Pong, 47, a product director of a software company, was elated that the unit, an investment property that had been rented out, was sold close to her asking price and in record time too.

“I used to live there for a few years. But when I first saw Nick’s video, I could not believe it was my property because it looked so nice after he furnished it a bit,” she said.

She chanced upon his work while she was looking at other agents’ videos.

“What struck me was his casual approach, from the clothes he wears and even his hair,” she said.

“He represents today’s generation, which is not big with formality. He gave a good impression and I shortlisted him.”

Another homeowner, Michael Leong, 61, who had just returned to Singapore late last year after working overseas for a few years, said he and his wife really enjoyed watching the virtual home tours by Tan while they were looking for their new home.

“He makes them look like mini documentaries of the homes and their estates,” he said.

“We find these extremely useful, especially during current times which restrict visitations.”

And that was how he spotted his dream home recently and eventually bought a S$3mil (RM9.2mil) house in Seletar Hills after watching Tan’s video and going there to inspect it twice.

He then decided to engage Tan to also sell the four-room flat in Punggol where the couple live now.

“Nick advised me how to declutter my home and the video turned out really good. Even my relatives did not realise that my home looked so nice,” he said.

Having had the experience of being both a buyer and seller, Leong believes that property agents who use creativity in their work and provide good service will always thrive, regardless of the state of the economy.

“Nick is a good example. He gets all my requests and things done quickly so much so my wife says I rely on him too much,” he said. — The Straits Times/ANN 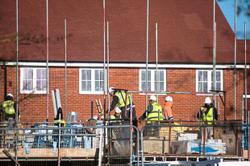