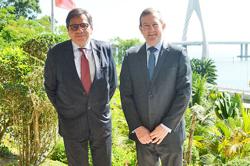 BANDAR SERI BEGAWAN, Oct 18 (Xinhua): Brunei government has announced that they are starting to administer the third dose of Covid-19 vaccine for frontliners, providing additional protection for those at higher risk of infection.

According to Brunei's Ministry of Health, the country is organizing the administration of the third dose for certain groups that have been identified as frontliners.

"This is as an additional protective measure for those at high risk of Covid-19 infection. The administration of this third dose will be implemented in phases."

"Therefore, anyone who has received the second dose in May 2021 will be given an appointment to get the third dose," the health ministry said in a statement.

Brunei previously announced that Covid-19 vaccines from Pfizer BioNTech, Moderna, AstraZeneca, China's Sinopharm, and Johnson and Johnson would be administered in the country.

During the first phase of Brunei's Covid-19 National Vaccination Program that began in April, frontliners were administered mostly with China's Sinopharm vaccine for its earlier arrival and shorter interval between two doses and AstraZeneca.

The latest official statistics showed that as of Thursday, a total of 339,667 individuals had received the first doses of the Covid-19 vaccine under the National Vaccination Program, which is 74.9 percent of the total population.

Meanwhile, 224,028 individuals had completed the second doses of the Covid-19 vaccine, which is 49.4 percent of the total population.

A previous record daily high was reported on Oct. 10 with 381 new Covid-19 cases. Before the detection of seven local cases on Aug. 7, Brunei had kept a record of 457 days without community infections, with the accumulated confirmed cases standing at 340 at that time.

The health ministry said that the surge in cases was due to more private houses and company dormitory clusters for foreign workers detected in the past two weeks.

All the new cases are local infections. While the source of infection of 194 local cases is still under investigation, four new clusters have been detected involving 162 cases. All these new clusters are private home clusters, two of which are used by two companies to accommodate their employees.

There are currently 2,501 active cases being treated and monitored at the National Isolation Center. A total of 7,682 recovered patients and 68 deaths have been reported so far in the country. - Xinhua 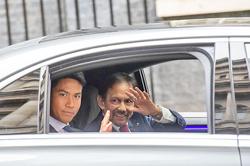