China's Shenzhou XIII crewed spacecraft docks with the Tiangong space station in the morning of Oct 16, 2021, with astronauts ready to enter the station to start a six-month journey. - Xinhua

The craft docked with the station's core module, named Tianhe, or Harmony of Heavens, at 6:56am, about six and a half hours after a rendezvous process by their spacecraft, the China Manned Space Agency said in a brief statement, adding that the entire rendezvous and docking operations were controlled by computers.

The three-member crew — mission commander Major General Zhai Zhigang, Senior Colonel Wang Yaping and Senior Colonel Ye Guangfu — will then float into the core module, which is the first and also central section of the permanent space station — Tiangong, or Heavenly Palace. They will install equipment and verify technologies and plans for the next steps in the Tiangong space station programme, the agency said.

Their Shenzhou XIII spacecraft was lifted by a Long March 2F carrier rocket that blasted off at 12:23am at the Jiuquan Satellite Launch Center in northwestern China's Gobi Desert.

Vice-Premier Han Zheng and other high-ranking government officials watched the launch at the Beijing Aerospace Control Center in the capital city's northwestern suburbs.

General Zhang Youxia, a vice-chairman of the Central Military Commission, and a group of senior military officers watched the launch at the Jiuquan centre.

About 582 seconds after the launch, Shenzhou XIII separated from the rocket and entered its designated orbit. The crew members are in good shape and the launch is a complete success, the China Manned Space Agency declared.

Shenzhou XIII is the fourth spacecraft to visit the Tiangong station and the second crewed ship to transport astronauts to the orbiting outpost.

The mission is expected to become the longest crewed spaceflight by China, doubling the time spent in the Shenzhou XII mission. It will also see the first spacewalk by a Chinese woman.

The Shenzhou XIII crew is tasked with a wide range of assignments, such as performing two to three spacewalks to install a small robotic arm onto a larger one; verifying key procedures and technologies like manual control of the robotic arms and robotic arm-assisted movement of station modules; checking the performance and capability of devices inside the station; and testing support instruments for astronauts' life and work in long-term flights, Lin Xiqiang, deputy director of the China Manned Space Agency, said at a news conference on Thursday at the Jiuquan center.

The astronauts will conduct scientific experiments and technology demonstrations in space medicine, microgravity physics and other fields. They will also deliver educational lectures that will be televised for Chinese students to watch, the official said.

One of China's most challenging and sophisticated space endeavours, Tiangong will eventually consist of three main components－the Tianhe core module attached to two large space labs － with a combined weight of nearly 70 metric tonnes. The entire station is set to operate for about 15 years in a low-Earth orbit about 400km above the planet. 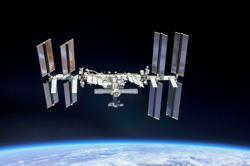