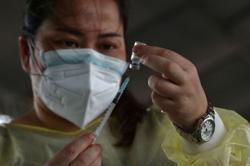 All in order: A health worker checking the documents of a child scheduled to be inoculated during the Covid-19 vaccine rollout for children with comorbidities in Pasig, Metro Manila. — Reuters

TO encourage more people to get inoculated against Covid-19, the city government has announced that it will raffle off prizes for fully vaccinated residents.

The mechanics of the draw will be announced during its official launch on Monday.

The city government is targeting to vaccinate at least 700,000 of its one million residents to achieve herd immunity, which happens when 70% or a large part of the population is immune to a specific disease.As of Wednesday, Cebu City registered 322,063 fully vaccinated residents.

The city, Rama said, had enough supplies of Covid-19 vaccines given by the national government.

Rama, the city’s vice-mayor, is temporarily assuming the duties of mayor Edgardo Labella, who is recuperating from an illness.

Rama, who served as mayor of Cebu City from 2010 to 2016, is running for mayor again in next year’s elections.

But lawyer Chauncey Boholst, Cebu City north district election officer, did not see anything wrong with the draw to be implemented under Rama’s watch. — Philippine Daily Inquirer/ANN 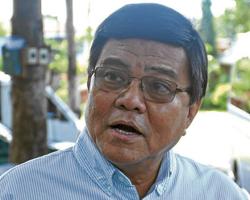