Safety first: A passenger in a protective suit waiting to board a flight at the Tan Son Nhat airport in Ho Chi Minh City. — AP

During the webinar on Wednesday, business leaders and experts said that over the past year, Vietnam had managed to contain the pandemic and maintain socio-economic development.

Foreign experts and representatives of international organisations in Vietnam expressed their optimism about the country’s development prospects.

“Despite the shortage of global vaccine supply, Vietnam has managed to get a significant amount of vaccines to provide cover for nearly 60% of the population with at least one dose of vaccine, and the government is now working on a post-Covid-19 economic recovery plan,” said Andrew Jeffries, Country Director for Vietnam, Asian Development Bank.The country’s speedy vaccination drive played a big role in reassuring investors and encouraging investments.

“There is sufficient fiscal space as the debt level is only about 56% of gross domestic product (GDP) and has only marginally increased in the past year, while revenue collection has been performing relatively well,” said Carolyn Turk, WB Country Director for Vietnam.

“This is very welcome as it will substantially reduce unnecessary burdens on people and businesses, as well as uncertainty and we know that investors – domestic and foreign direct investment – are reacting well to more predictability in the environment.”

Choi Joo-ho, president of Samsung Vietnam, said the South Korean corporation had been working closely with the central and local government to identify and resolve issues that hindered operations to ensure uninterrupted production in its factories.

The pandemic remains complicated and unpredictable and the country is facing a wide range of heavy consequences in all aspects of socio-economic life.

“Because the country’s fundamentals are solid, we remain optimistic about the longer-term growth trajectory. Yet, the future will be partially determined by what the government will do over the next six months.

“We estimate that if the government were able to fully implement its public investment programme in 2021, GDP would increase by one to 1.5 per cent,” Turk said.

“The next six months from October 2021 to April 2022, when 70% or more of the population is fully vaccinated, is a critical time period,” Jeffries said.

Choi urged the government to establish a safe zone covering the three northern provinces of Bac Ninh, Bac Giang and Vinh Phuc in which mobility of goods and people will be uninterrupted.

A similar model should be set up in the south with Ho Chi Minh City – Vietnam’s largest economic hub – at the centre and its nearby provinces of Dong Nai, Binh Duong and Long An.

He also called for a standardised Covid-19 safety guide for businesses and said businesses should be informed of any new policy changes at least three days before they take effect, saying it will help businesses comply with it more effectively while they plan for production.

Business leaders and experts shared effective anti-pandemic models as well as experiences in removing difficulties to overcome economic disruptions towards achieving the dual goal in the “new normal”.

“There is rising pressure on the banking system to lower interest rates to lend more. But rising non-performing loans, which is currently estimated at around 7% of the total outstanding loans, could weigh on the economic recovery in the medium term,” Jeffries said. — Vietnam News/ANN 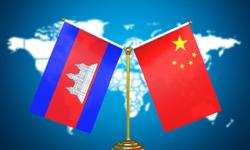