The 550kg (121-pound) Xihe satellite was sent by a Long March 2D rocket from the Taiyuan Satellite Launch Centre in northern Shanxi province into a 571km-altitude orbit, where it is expected to monitor the sun for three years, state news agency Xinhua reported.

China has had a solar monitoring network on the ground but until now lacked optical data outside the atmosphere. To fill the gap, the first solar satellite will monitor eruptions on the sun’s surface and collect data within the visible spectrum range using an imaging spectrometer on board.

“China’s international influence in the area of solar physics would be significantly increased.”

The Xihe satellite is designed to record the changes in atmospheric temperature and speed during solar eruptions and provide data for studies of the dynamics and physical mechanisms of eruptions. The platform’s features include ultra-high accuracy and ultra-stability.

The satellite will be in a sun-synchronous orbit around the Earth.

A model of the satellite had its first public showing at the Zhuhai Air Show last month and the developer – the China Aerospace Science and Technology Corporation (CASC) – ran a competition to name it.

Similar to other Chinese space programmes, the solar satellite was named after a Chinese mythological figure. Xihe is the mother goddess of the gods of the sun.

China is sending 3 astronauts into orbit. Who and what is now in space?

Beijing has invested heavily in space exploration and pushed forward several major programmes for outer space, the moon and Mars, for which it is regarded as a strong challenger in the space race.

In 2025, a probe is expected to reach the L5 Lagrange point – a gravity balance spot between the sun and Earth – and there are plans for new probes for solar polar orbiting and close orbiting missions around 2030-35.

Since the 1960s, Nasa has sent dozens of solar orbiters to circle the sun and in 2004 the Genesis spacecraft returned a sample of solar wind. The most recently launched Parker Solar Probe (2018) is conducting close-range solar coronal studies. Europe and Japan also have solar missions. 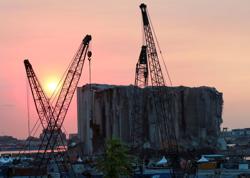