BANGKOK (The Nation/Asia News Network): Tourism Authority of Thailand (TAT), together with its private allies, aim to draw Lalisa “Lisa” Manoban, the only Thai member of K-pop band Blackpink, to a countdown event in Phuket this year, in order to promote the province as a world-class destination.

TAT governor Yuthasak Supasorn said that this idea was stemmed in late September, when the K-pop singer had become the talk-of-the-town in Thailand after releasing her first solo song “Lalisa”.

Yuthasak also added that an appearance by Lisa could draw tourists around the world to Phuket, especially Blackpink fans or so-called “Blink”.

Last week, the Guinness Book of World Records announced that the music video “Lalisa” had broken a world record in the number of views it gained in 24 hours on YouTube. 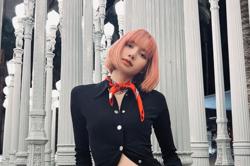