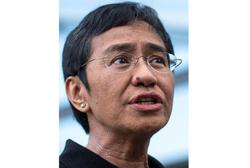 Rappler CEO and Executive Editor Maria Ressa reacts during an interview at a restaurant in Taguig city, Philippines on Saturday, Oct. 9, 2021. The Nobel Peace Prize was awarded to journalists Maria Ressa of the Philippines and Dmitry Muratov of Russia for their fight for freedom of expression. - AP

MANILA, Oct 9 (dpa): Philippine media groups have hailed the Nobel Peace Prize award to Filipino journalist Maria Ressa as a victory for press freedom, which they say has been under attack by the administration of President Rodrigo Duterte.

"This prize is not only a recognition of their work, but of the importance of freedom of the press and of expression in their countries and throughout the world," the National Union of Journalists of the Philippines said in statement.

"We hope this award will shine more light on those who put the spotlight on the truth at a time when basic freedoms and democracy are under attack," it added.

In the past two years, Ressa has faced 10 arrest warrants on diverse criminal charges ranging from libel to tax evasion. This is widely seen as retaliation for critical coverage by the news website Rappler, which she heads.

She is currently appealing a convicted for "cyber libel" in June 2020, and could face up to six years in prison if she loses.

Rappler is also fighting a closure order from a government regulatory body for allegedly violating a constitutional ban on the foreign ownership of media companies.

Aside from Rappler, the country’s largest broadcaster ABS-CBN was shut down last year after Congress, dominated by Duterte’s allies, declined to renew its franchise.

"Reporters routinely face online harassment, local newsrooms face pressure to self-censor, and regional journalists remain the most vulnerable to violence, including detention and killings," the Foreign Correspondents Association of the Philippines said.

"We hope that Ressa's win drives international attention to the plight of the Philippines' local media workers, and sends a signal that a free, unstifled and critical press is necessary for a healthy democracy," it added. - dpa 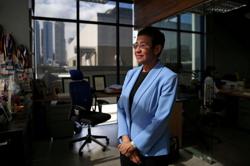 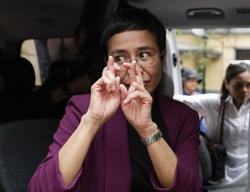