BANGKOK, Oct 3 (Reuters): Thailand is on track to export 6 million tonnes of rice this year due to an anticipated uptick in demand, an exporters body has announced.

A weaker baht, which has depreciated about 13% against the dollar this year, has resulted in lower export prices of Thai rice, making it more competitive against rival exporters, said Chookiat Ophaswongse, honorary president of the Thai Rice Exporters Association.

Thailand's 5% broken rice prices were quoted at around $385-$386 per tonne on Thursday, significantly lower than those of the same grade from main competitor Vietnam at $425-$430 per tonne.

Buyers that have in recent years preferred Vietnamese rice such as Malaysia, the Philippines and China, have started buying Thai rice again in recent weeks due to the attractive prices, boosting exporters' confidence that the 6 million tonnes target can be met, he said.

"For the remaining three months this year, I think we can export a monthly volume of more than 700,000 tonnes."

Thailand exported about 3.7 million tonnes of the grain between January and September, less than Vietnam's 4.5 million tonnes shipped over the same period.

Chookiat also added that Thai rice exports were unlikely to be affected by flooding across different provinces, which has affected only a small area of rice fields so far. - Reuters 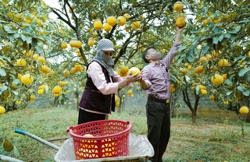 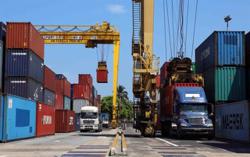