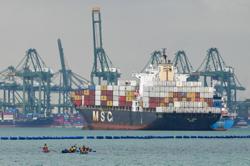 In this undated photo, visitors admire views of Lujiazui, a top financial hub in China, at the Bund in Shanghai. - China Daily

BEIJING (China Daily/Asia News Network): The World Bank revised up its projection of China's GDP to expand by 8.5 per cent year-on-year in 2021, compared with a forecast of 8.1 per cent in April, according to a research report published on Wednesday (Sept 29).

While China's economy is projected to grow faster than expected, most other countries in the East Asia and Pacific region may face slower growth along with a decline of employment rates and labour force participation, economists from the World Bank said during an online media conference.

The World Bank predicted in its East Asia and Pacific Fall 2021 Economic Update report economic growth in the whole region will be 7.5 per cent this year, up from April's forecast of 7.4 per cent. But excluding China, GDP growth for the rest of the region is projected to be at 2.5 per cent, about 2 percentage points slower compared to April's update.

As the recent economic recovery of EAP countries is uneven, countries in the region should take measures to contain the Covid-19 pandemic as well as strengthen macro-financial supports, said Aaditya Mattoo, chief economist of the EAP Region of the World Bank.

Internationally, countries can coordinate fiscal stimulus and deepen cooperation on taxation to enable domestic revenue mobilisation in the face of mobile capital, and domestically, countries can introduce or re-introduce fiscal rules as a commitment to limiting future deficits and debt, according to Mattoo.

Many EAP countries can use monetary policy to support economic recovery in the near-term but must remain alert to the risk of abrupt global financial tightening, he added. 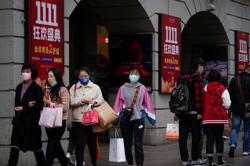