MANILA (Bloomberg): Sixty per cent of Filipinos believe President Rodrigo Duterte’s plan to run for vice president in the May 2022 elections violates the constitution, according to a Social Weather Stations survey conducted in June.

While nearly four in 10 said Duterte should run as they like his management of the country to continue, the rest are opposed to the idea of the incumbent running for vice president unless the charter is amended, SWS’s survey of 1,200 adults nationwide showed.

There’s a stronger disagreement with Duterte’s plan to seek the second-highest position in the May 2022 national elections among people who expressed dissatisfaction with his performance, according to SWS. 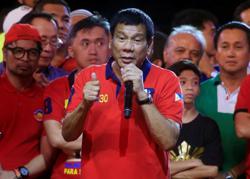