So far only around one quarter of the country's population of around 70 million have been fully vaccinated.

Case numbers have been dropping for weeks due to strict measures, and the government has announced a further relaxation of lockdown measures from October 1.

Museums, gyms, spas and cinemas will be able to open again. The night-time curfew will also be shortened by one hour.

Fully vaccinated travellers to the country will only have to spend seven days in hotel quarantine instead of 14.

Last year, Thailand was still considered a model for dealing with the coronavirus pandemic - but since April the country has seen its toughest wave of infections so far.

The biggest islands of Phuket and Ko Samui have been trying since July to restart the tourism sector with special projects for vaccinated holidaymakers.

Other popular holiday destinations including Pattaya and Hua Hin are due to follow suit soon. - dpa 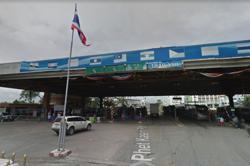