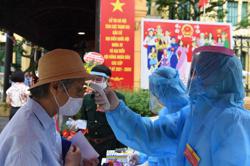 A health worker is seen collecting swab samples from a man for Covid-19 testing in Hanoi on Saturday (Sept 25, 2021). - Vietnam News/ANN

HANOI, Sept. 25 (Xinhua): Vietnam reported 9,706 new Covid-19 cases on Saturday, including 9,682 locally transmitted and 24 imported, according to the country's Ministry of Health.

Most of the community cases were detected in southern localities, including 4,046 in the epicentre Ho Chi Minh City, 3,629 in Binh Duong province, and 996 in Dong Nai province.

As many as 516,449 patients have recovered, up 10,590 from Friday, while nearly 37.6 million doses of Covid-19 vaccines have been administered nationwide, according to the ministry.

As of Saturday, Vietnam has registered a total of 742,174 locally transmitted cases since the start of the current wave in late April, the ministry said.

Over the past seven days, Vietnam recorded an average of 9,940 new cases a day. It was also reported that 10,590 patients have recovered, bringing the total recoveries to 516,449 nationally.

Vietnam has so far administered more than 37.5 million doses of vaccines. - Xinhua 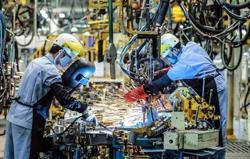 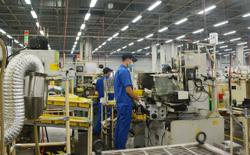