BANGKOK, Sept 26 (The Nation Thailand/ANN): Another 300,000 doses of AstraZeneca vaccine donated by Japan arrived in Bangkok on Sunday morning.

The Ministry of Foreign Affairs tweeted a message of appreciation on Twitter, thanking the Japanese government for donating the third lot of 300,000 doses of AstraZeneca vaccine to Thailand to commemorate the 134th anniversary of Thailand-Japan diplomatic relations.

The third lot of the vaccine arrived to Suvarnabhumi Airport from Narita International Airport at 3am on Sunday.

In another development, Police arrested 15 protesters at an anti-government rally on Saturday night (Sept 24), four of them youths.

More than 500 people have been arrested in connection with the protests since July, while preparations are being made to prosecute minor offenders parents, Bangkok police announced on Sunday.

Four of the arrested protesters are youths and six motorcycles have been seized. Piya added that the parents of offenders who are children and youth will be summoned for prosecution as well.

As for the gathering of the United Front of Thammasat and Demonstration group and the rally at Bangkok Art and Culture Centre at the Pathum Wan intersection on Sunday at 4pm, the police warned that Bangkok is still the area where the highest enforcement of disease control laws has been announced. - The Nation Thailand/ANN
Article type: metered
User Type: anonymous web
User Status:
Campaign ID: 46
Cxense type: free
User access status: 3
Join our Telegram channel to get our Evening Alerts and breaking news highlights 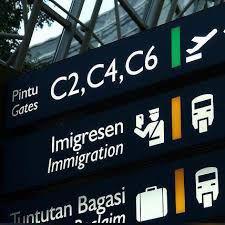