BANGKOK, Sept. 25 (Xinhua): Thailand on Saturday recorded 11,975 new confirmed cases of Covid-19 and 127 more fatalities from the pandemic in the past 24 hours, according to the Center for Covid-19 Situation Administration (CCSA).

Of the new infections, 3,612 cases were reported in the capital Bangkok and its neighboring provinces, according to the CCSA, the country's Covid-19 task force.

The CCSA reported that 94 percent of the new deaths recorded were among senior patients aged over 60 years or patients with underlying diseases.

An additional 14,700 new recoveries from the coronavirus epidemic were reported, while 3,323 Covid-19 patients remained in critical condition, according to the CCSA.

For the Southeast Asian country which was hit by the pandemic last year, the accumulative number of Covid-19 infections has risen to more than 1.54 million, including 16,143 deaths.

Thailand is speeding up vaccine roll-out as it gears up for reopening more tourist destinations, including Bangkok, to fully vaccinated foreign visitors. The reopening plan was postponed because the target regions' vaccination rate was lower than the required 70 percent threshold.

As of Friday, Thailand has administered more than 48 million doses of the Covid-19 vaccine, with less than 25 percent of its total population having been fully vaccinated.

The Thai government aims to inoculate about 70 per cent of its nearly 70 million population by the end of this year. 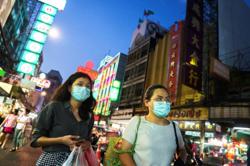