"The test batch we produced earlier has met Russia's quality requirements," the spokesman Pham Duy Long said by telephone, adding the company aimed to produce more than 1 million doses in the first month, and gradually increase its capacity.

Meanwhile, Vietnam will allow residents to have a smaller gap between AstraZeneca COVID-19 vaccine doses in the country's virus epicentre Ho Chi Minh City, the ministry of health said on Friday (Sept 24).

People in the city of around nine million people can now receive a second dose of the vaccine six weeks after the first, down from between eight and 12 weeks, the ministry said in a statement.

In another development, Vietnam announced that it received US$13.28 billion in foreign direct investment (FDI) in the first nine months of the year, down 3.2% from a year earlier, the Ministry of Planning and Investment said.

FDI has been a key driver of Vietnam's economic growth and companies with investment from foreign firms account for about 70% of the country's exports.

FDI pledges - which indicate the size of future FDI disbursements - rose 4.4% from a year earlier to $22.15 billion, the ministry said in a statement.

Of the pledges, 53.4% were due to be invested in manufacturing and processing. Singapore was the top source of FDI pledges in the period, followed by South Korea and Japan, it said. - Reuters 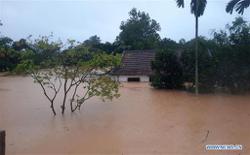 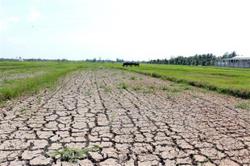