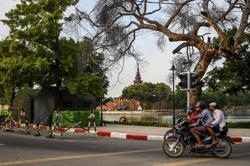 Refugees cook food in a basic shelter at Farkawn quarantine camp in India's eastern state of Mizoram near the Myanmar border on Friday (Sept 24, 2021), after people fled across the border following attacks by Myanmar's military on villages in western Chin state. - AFP

UNITED NATIONS, Sept 24 (Reuters): The United Nations High Commissioner for Human Rights on Thursday (Sept 23) warned of a human rights catastrophe under military rule in Myanmar and urged the international community to do more to prevent conflict from worsening.

"The international community must redouble its efforts to restore democracy and prevent wider conflict before it is too late."

Myanmar has been in turmoil since the military seized power on Feb. 1, ending a decade of tentative democracy and prompting outrage at home and abroad at the return of military rule.

More than 1,120 people have been killed since the coup, according to the United Nations, many during a nationwide crackdown by security forces on pro-democracy strikes and protests, during which thousands have been arrested.

Armed resistances forces have formed in various regions, which have clashed with the military, prompting many thousands to flee, including to neighbouring India in recent days.

Bachelet said troops had used weapons against civilians that were intended for military conflict and carried out "indiscriminate airstrikes and artillery barrages".

Local media in Myanmar reported deadly violence in at least five different regions and states on Thursday, which included the use of home-made bombs by militias allied with a shadow government, which earlier this month called for a "people's defensive war" https://reut.rs/3zWzZY7 against the junta.

The military has called those "terrorists" whose campaign will fail.

Western countries have condemned the junta and imposed targeted sanctions, but critics say a tougher stand must be taken, including an arms embargo.

Bachelet said Myanmar had failed to deliver on its agreement with the Association of South-East Asian Nations (Asean) to cease violence and start dialogue.

"This underscores the urgent need for strong accountability measures. It also runs in the face of commitments made to Asean leaders," she said. - Reuters 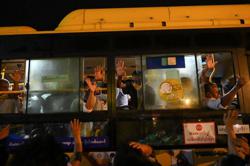