Yangon Electricity Supply Corporation reported a "temporary power outage in Yangon region today at 13:35" (0705 GMT), adding that it was working to restore power.

By 2:10 pm power had been restored, Yangon Electricity Supply Corporation said in a statement.

Local media reported an official from Naypyidaw's Electricity Department as saying the national grid had suffered a "system breakdown", without elaborating.

Power outages are common in Myanmar due to a creaky and outdated electricity grid, with demand regularly outstripping supply during the sweltering summer months.

The country has been in turmoil since a February 1 military coup that ousted the government of civilian leader Aung San Suu Kyi.

Yangon's state-backed electricity provider warned residents in July that electricity supply could be disrupted if they continued refusing to pay their power bills -- part of an ongoing boycott of junta services. - AFP 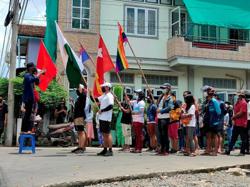 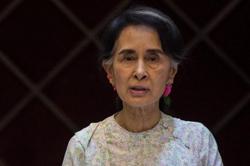