Two Covid-19 outbreaks at opposite ends of the country are dampening hopes for the week-long National Day holiday which starts next week. There were 30 new cases recorded by the end of Thursday – 15 of them in Harbin, in the northeast province of Heilongjiang, and the remainder in Fujian province on the southeast coast.

The Harbin city government said laboratory tests confirmed samples collected in the city belonged to the highly transmissible Delta variant. All 15 confirmed cases are located in Bayan county and were identified during quarantine and city-wide screening for the virus.

The Harbin cases were a jump on the eight infections recorded a day earlier, while Fujian – the previous focus of a Delta variant outbreak – had an improvement on its 20 confirmed cases of the previous day. No deaths were reported and authorities have not linked the two clusters.

Delta overwhelming other coronavirus variants of concern, says WHO

Four of the new cases in Fujian were recorded in Putian, original epicentre of the province’s outbreak, and 11 in Xiamen, compared to three and 17 infections, respectively on Wednesday.

The continually fluctuating numbers mean the three cities are unlikely to reap the economic benefits of an influx of tourists during one of China’s biggest holiday weeks. Experts are warning people to steer clear of the affected areas.

The National Health Commission also reported 24 confirmed imported cases, with 13 in Yunnan province, nine in Shanghai, and one each in Fujian and Guangdong provinces. Another imported asymptomatic case has been recorded in Shanghai.

There are currently 1,009 confirmed cases throughout the country, with 16 in critical condition, as well as two other asymptomatic cases. 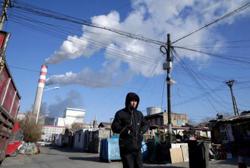