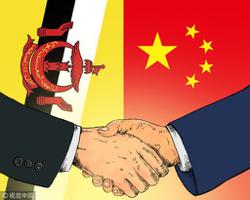 BEIJING (Xinhua): Chinese State Councillor and Foreign Minister Wang Yi (pic) on Wednesday (Sept 22) said China will continue to uphold the purposes and principles of the UN Charter, adhere to the principle of extensive consultation, joint contribution and shared benefits, and uphold and practice true multilateralism.

Wang made the remarks in a briefing on the significance and far-reaching impact of Chinese President Xi Jinping's statement delivered to the General Debate of the 76th Session of the United Nations General Assembly via video on Tuesday.

As the pandemic continues to ravage the world, winning the fight against Covid-19 is the urgent wish of people around the world. Vaccination is a powerful weapon against Covid-19, but vaccine nationalism still prevails.

Some countries are trying to blame others and engage in political manipulation, seriously undermining international solidarity in the fight against the virus, Wang said.

"China will continue to support and participate in global scientific origins tracing and resolutely oppose any form of political manipulation," Wang said.

He said Xi's proposal of the Global Development Initiative is an important declaration of China's contribution to revitalizing the UN's global partnership for development and will help the international community form synergy to speed up the implementation of the UN 2030 Agenda for Sustainable Development.

China welcomes all countries to join the Global Development Initiative, deepen the synergy of their development strategies, advance cooperation in key areas, and open up a brighter future for global development, Wang said.

Noting that China will step up support for other developing countries in developing green and low-carbon energy, and will not build new coal-fired power projects abroad, Wang said this was another important step China takes independently to address global climate change and another positive contribution China makes to promoting global green recovery.

At present, under the pretext of returning to multilateralism, some countries often claim to uphold the "rules-based international order." In fact, they are imposing their own will and standards on others and replacing universally accepted international laws with rules formulated by a few countries, Wang noted.

China will participate more actively in various UN undertakings, make unremitting efforts to develop and improve the international system with the UN at its core, and make greater contributions to promoting the cause of peace and development of mankind, he said. 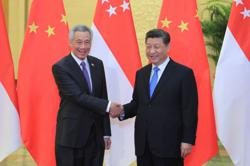 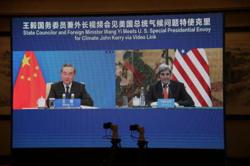