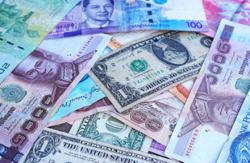 BEIJING (The Straits Times/Asia News Network): The world’s most indebted developer Evergrande Group said it will prioritise its home buyers and retail investors as it faces payment on some of its offshore bonds on Thursday (Sept 23).

Investors and markets are watching closely to see how regulators in China will respond to the Chinese developer’s liquidity crisis.

Evergrande chairman and founder Hui Ka Yan stressed in an internal meeting late on Wednesday night the importance of resuming construction on its stalled projects, and to be responsible towards helping Chinese wealth investors redeem their products.

The comments by Hui, also known in Mandarin as Xu Jiayin, come as some US$83.5 million (S$113 million) in interest payments are due on Thursday for China’s No. 2 property developer on its March 2022 notes. A failure to pay will set off a 30-day clock before the bond defaults.

Evergrande has another US$47.5 million due next Wednesday for its March 2024 notes. Another 30-day countdown will start if Evergrande does not pay up as scheduled.

Analysts say a default on its bonds may be the final blow in Evergrande's fight to stay afloat as the embattled company, which had 1.97 trillion yuan (S$410 billion) in liabilities as at June 30, is likely to enter into debt restructuring.

"With time having run out for Evergrande, an imminent default followed by a long, painful restructuring is the most likely way forward," Dr Zafar Momin, an MBA lecturer at the Nanyang Business School, told The Straits Times.

BlackRock, UBS Group, HSBC Holdings and Ashmore Group, a London-based money manager that specialises in buying emerging-market debt, are among Evergrande's biggest debtors, according to Bloomberg.

Evergrande also reportedly missed interest payments to two of its largest bank creditors on Monday, even as it said on Wednesday that it would make a coupon payment on its domestic bonds due the following day.

It did not, however, specify how much of the 232 million yuan interest would be paid, or when.

Its statement to Shenzhen stock exchange did not mention whether it will make payment on its offshore bonds.

Evergrande's stock surged as much as 32 per cent on the Hang Seng Index on Thursday amid debt repayment hopes. Property stocks in China and Hong Kong also rallied.

The uncertainty surrounding Evergrande's payments has raised questions on whether and how Beijing will intervene if the conglomerate defaults on its bonds.

The People's Bank of China (PBOC) has been injecting liquidity into its banking system to avoid a squeeze on funding amid Evergrande's debt crisis and a seasonal demand increase for financing, but the government has yet to make public its plans for the beleaguered property firm.

Professor Mak Yuen Teen at the National University of Singapore Business School said that "PBOC is closely monitoring the situation and will make the necessary intervention to prevent contagion" by encouraging lenders to continue financing firms with the additional liquidity.

"It's unlikely that there will be bail-out," he added.

Investors are hoping that the government will step in to help the company restructure and plan its refinancing, analysts said.

Analysts have largely dismissed the notion that an Evergrande collapse could trigger a financial crisis the way the Lehman Brothers' bankruptcy did in 2008.

But, even if Beijing does come up with a rescue plan for Evergrande, regulators are expected to orchestrate the restructuring as inconspicuously as they can.

"The government would not want to be seen as bailing out the firm or its corporate creditors" amid its campaign to reduce moral hazard, Dr Wu said, referring to how high-flying firms have been borrowing and splurging recklessly and counting on the government to bail them out if they default.

State media has been adamant that Evergrande's liquidity problems will not spread to other parts of the economy - a key consideration for Beijing on whether or not an Evergrande bail-out is on the cards.

Global Times editor Hu Xijin said on his social media account last week that Evergrande should not bet on a government bail-out.

Evergrande has been trying to rein in its ballooning debt since last year when Beijing introduced curbs on highly leveraged developers that had been borrowing money to fuel their growth.

"Borrowing for large Chinese companies such as Evergrande had never been a problem in the past," said Professor Michael Pettis at Peking University's Guanghua School of Management.

"Local governments and regulators were expected always to step in at the last minute to restructure liabilities and recapitalise the borrower if necessary," he added in an article on Monday for US-based think-tank Carnegie Endowment for International Peace.

What Beijing does about Evergrande will be a test of its commitment to its campaign against moral hazard, analysts added.

What's next for Evergrande?

Evergrande's fate hangs in the balance, as regulators weigh options for the beleaguered corporate behemoth.

To stave off bankruptcy, Evergrande has been trying to sell its apartments at massively reduced prices and has promised high returns of up to 12 per cent on its wealth management products to raise funds.

The company said on Saturday it has begun repaying investors in its wealth management products with real estate, and investors interested in redeeming the products for physical assets should contact their investment consultants or visit local offices.

Analysts said that Evergrande faces political pressure to prioritise home buyers and retail investors in any restructuring, given Beijing’s intolerance for social unrest.

About 70 investors had gathered near the company's Shenzhen headquarters last Tuesday as staff handled their complaints in a cafeteria.

The wealth management products that these investors bought rode on Evergrande's reputation as one of China's "too big to fail" firms, and attracted more than 70,000 retail investors with promises of up to 12 per cent in annual yield rates.

Earlier this month, more than 100 disgruntled customers who had bought homes with Evergrande staged a protest in Guangzhou, after construction work on the projects stalled, and urged the local government to intervene.

"The Chinese government will be particularly sensitive about the impact of (an Evergrande restructuring) on ordinary citizens... and would probably look to protect the interests of the ordinary man in the street as a priority," said Prof Mak.

Local suppliers and contractors are likely to be next in line, followed by Chinese banks and other Chinese creditors, "with external currency creditors probably bringing up the rear", Prof Pettis said.

"A surge in lawsuits as these foreign creditors claim unfair discrimination can be expected," he added.

Dr Momin said: "Any restructuring that follows may include the government... having a seat at the table."

The government will not want "good real estate projects to be abandoned and people to be deprived of their future homes", he added.

The government having a say in Evergrande's restructuring will "provide oversight and support... while preventing frenzied fire sales," Dr Momin added. 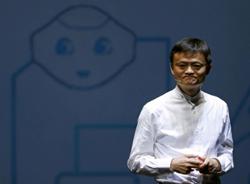 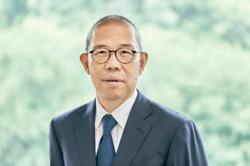