All eyes will be on the Kuomintang's party election on Sept 25, 2021, to see if there will be a shift in the party's position regarding China. - Reuters

TAIPEI (The Straits Times/Asia News Network): All eyes will be on the Kuomintang's party election on Sept 25, 2021, to see if there will be a shift in the party's position regarding China.

Once the island's most powerful party, the KMT has has suffered some major defeats in recent elections, and has been ridiculed for adhering to outdated policies, including on ties with the mainland.

Saturday's party poll may set the future course for the KMT, with all eyes on whether there will be a shift in its position towards China.

KMT members will vote for the party's 11th chairman since the position was created in 1975 for Chiang Ching-kuo, who took over the party leadership after his father, former president Chiang Kai-shek, died. The elder Chiang and his KMT forces fled to Taiwan in 1949 after their defeat at the hands of the communists on the mainland.

The new chairman will lead the party for the next four years, which will witness a number of critical elections on the island, including the mayoral and magistrate polls next year and the presidential poll in 2024.

Some 390,000 party members are eligible to vote in Saturday's election.

Chiang and Chu are regarded as the front runners.

Viewed as a candidate representing younger KMT members, Chiang was elected as the interim leader after former chairman Wu Den-yih stepped down following the party's defeat in the 2020 presidential election.

Many party members believe that the KMT needs to heed the voices of younger Taiwanese voters, who mostly supported President Tsai Ing-wen of the pro-independence Democratic Progressive Party (DPP), and helped her win office twice.

Not surprisingly, in the forthcoming party poll, the main policy differences between the candidates relate to China.

Chiang, who was once a legislator in Taichung city, is known for his charisma and is popular at the local grassroots level.

Compared with him, Chu has a considerably more impressive political resume, having once served as Taiwan's vice-premier, New Taipei mayor and also KMT chairman from 2015 to 2016.

Chu stepped down from the chair in 2016 after losing to Tsai in the presidential election. He is well-respected in the KMT and regarded as more conservative, in line with the ideals of party elders.

He has said he will abide by the "1992 consensus" - a tacit understanding reached between Taiwan's then KMT government and the Chinese government in 1992 that there is only one China, but both sides are free to interpret what that means.

The Republic of China (ROC) is the "one China" for the KMT. Beijing, on its part, regards Taiwan as a renegade province awaiting reunification with the mainland, by force if necessary.

Chiang said in March that the KMT's current cross-strait policies "cannot be fulfilled" under the 1992 consensus, which he said needed to "keep up with the times".

The KMT now supports what could be defined as a "1992 consensus plus", based on the ROC onstitution's commitment to democracy, he said, adding that any major changes in cross-strait policies must first be approved by Taiwanese.

This was the compromise Chiang reached with party elders after he had earlier vowed to scrap the 1992 consensus.

The third candidate, Dr Chang Yang-chung, who teaches political science at National Taiwan University, has stated that he wants a peaceful unification with China.

While still lagging behind the other candidates, Dr Chang has won some admirers with his eloquence. It is believed that he has gained support from those who backed former Kaohsiung mayor Han Kuo-yu when he ran against Tsai for the presidency in 2020.

Former Changhua County magistrate Cho served in the position for eight years, and is relatively less known than the other candidates. He has said that although the "1992 consensus" is no longer supported by younger voters, it is still the only way to maintain peace across the Taiwan Strait.

The party poll could be a turning point for the KMT, which is trying to recover from the devastating loss in the 2020 presidential election.

Since then, the KMT has been trying to reform, with MrJohnny Chiang seeking to rebuild a divided party.

Despite its long history as the more conservative party in Taiwan politics, the KMT is now eager to attract younger voters and prove that it is attuned to what people want. The party is also keen to maintain its stance of being friendly with China.

But many Taiwanese, particularly the young, decry what has happened in Hong Kong and are in favour of the island distancing itself from China.

China's plans to re-unify Taiwan are also based on the "one country, two systems" principle, which an overwhelming number of Taiwanese or 87.5 per cent opposed in a poll released earlier this month by the island's Cabinet-level Mainland Affairs Council.

Also at stake in Saturday's poll is Taiwan's relationship with the United States.

The Johnny Chiang-led KMT has been against importing US pork since President Tsai's announcement last year to reverse her party's initial ban on American pork containing ractopamine, a leanness-enhancing additive.

The interim party chairman has said that being against US pork imports is different from being anti-US. Chu has stressed the importance of maintaining good relations with the US.

Any chance of Taiwan signing a free trade agreement with the US will be off the table if the pork import deal is scrapped.

While Taiwan has seen smaller parties emerge and secure seats in the legislature, the fight for the presidential office has largely remained a two-horse race between the KMT and President Tsai's DPP.

In the past few years, the DPP has garnered overwhelming support on the island, winning major elections, while the KMT has struggled to keep the party united in the face of its political losses.

The next KMT chairman will need to bring the divided party together and broaden its appeal if it's to make headway in the next general and presidential elections.

Analysts say Beijing will prefer Chu to be elected as he has stated the need to open more communication platforms for further cross-strait exchanges. But a Beijing-favoured candidate will probably not be popular with most Taiwanese. 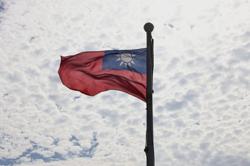