BANGKOK, Sept 21(The Nation Thailand/ANN): Onlyfans star Kai Nao (rotten egg) and her boyfriend have been arrested in Samut Prakan province for allegedly producing sex videos and selling them on the platform.

On Monday night, Suthanya Nakhonchinda, 19, known among her fans as Kai Nao, was arrested along with her boyfriend Korakot Sarirat, 20, at a motel in Samut Prakan’s Bang Phli district.

Social media users reacted with anger, with some saying the police wanted a share in what the couple had earned.

Kai Nao, had been called by the police on Sept 17 for questioning about her participation in the platform.

Police concluded that Kai Nao’s action was a violation of the Computer Crime Act, as well as the criminal law for allegedly persuading others to engage in inappropriate sexual activity. - The Nation/ANN 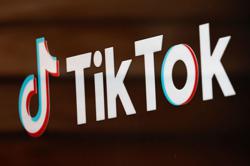