The Bank Indonesia headquarters in Jakarta, Indonesia, on Tuesday, Sept. 21, 2021. Indonesia’s central bank left its benchmark interest rate unchanged at a record low as the economy begins to emerge from the country’s worst coronavirus wave. - Bloomberg

JAKARTA, Sept 21 (Bloomberg): Indonesia’s central bank left its benchmark interest rate unchanged at a record low as the economy begins to emerge from the country’s worst coronavirus wave and financial markets brace for tighter policy in the US.

Bank Indonesia held the seven-day reverse repurchase rate at 3.5% on Tuesday, as expected by all 31 analysts in a Bloomberg survey. The key rate has been at that level since February, and central bank Governor Perry Warjiyo has signaled the bank could remain on hold at least until year-end.

"Despite a low vaccination rate and a sluggish economy, Indonesia is currently in a sweet spot: New infections have collapsed and mobility has risen to the highest level in Asean, pointing to a robust recovery from the Delta wave and reducing pressure for additional easing.”

The rupiah crept up 0.04% to 14,238 to the U.S. dollar after the decision, while the benchmark stock index closed down 0.3% at its lowest level in two weeks. 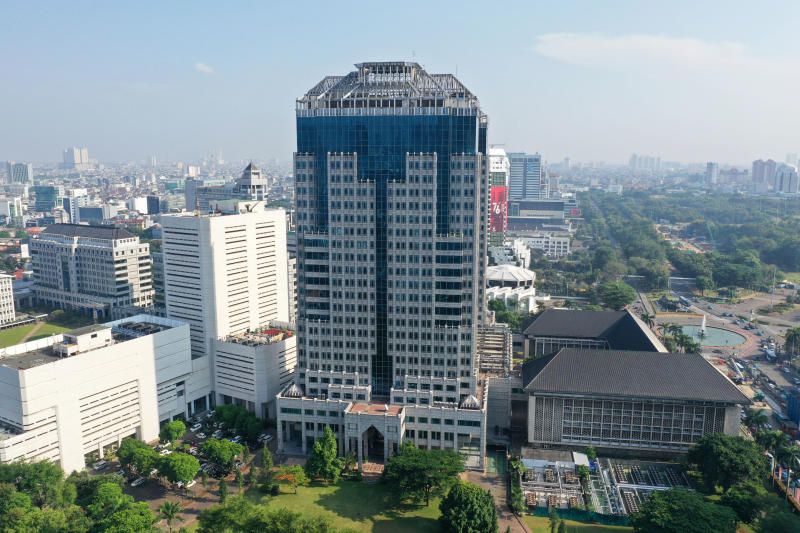 Tuesday’s hold decision "is consistent with the need to maintain rupiah exchange-rate stability and efforts to support the economic recovery,” Warjiyo said at a briefing in Jakarta.

South-East Asia’s largest economy has been buoyed by a sharp improvement in its Covid-19 outbreak thanks to movement curbs, aggressive testing and an advancing vaccination campaign. Last week the country added its fewest new cases since November, while daily fatalities are at a three-month low.

Lockdown measures have been relaxed across the nation, with shopping malls, tourist sites and places of worship reopening with limited capacity.

That bodes well for an economy reliant on private consumption, which took a hit as the outbreak peaked in July and August. The economy could grow as much as 5% in the three months through September -- higher than recent government estimates -- and 4.5% in the final quarter of the year, Warjiyo said.

Bank Indonesia maintained its forecast for gross domestic product to expand 3.5%-4.3% this year, slightly below the government’s 3.7%-4.5% estimate.

"Bank Indonesia had an extra reason to keep its policy rate unchanged on Tuesday, with a sharp sell-off in equities overnight providing a stark reminder of the fragility in investor sentiment, which is a key driver of the rupiah...The central bank already had little scope to lower rates further to support growth, with the rupiah vulnerable to selling in the run-up to tapering by the Federal Reserve.”

As the world’s major central banks weigh unwinding their pandemic-era monetary support, Bank Indonesia has affirmed it will keep policy settings loose for as long as possible to allow the recovery to firm up, even extending a program to buy government bonds through next year. Consumer prices rose 1.6% in August, well below the 2%-4% target range for inflation that the central bank reiterated Tuesday. 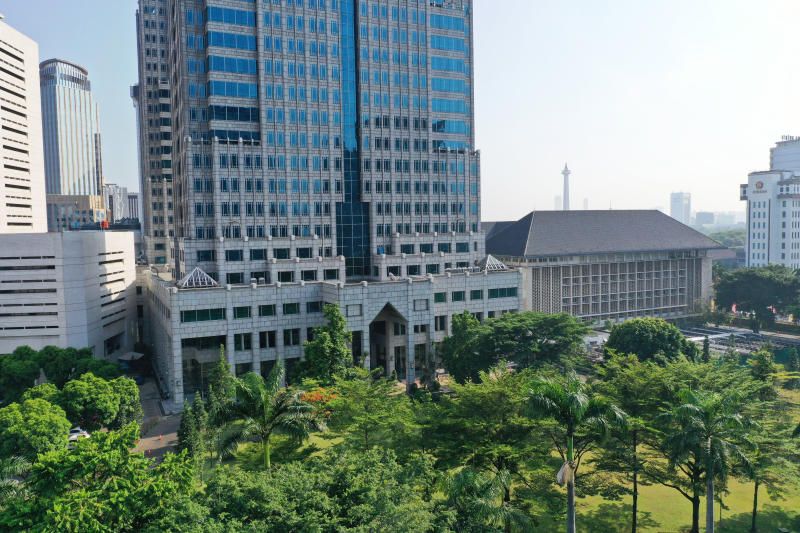 The rupiah, a bellwether of risk for emerging Asia, is also seeing a bout of strength as the market appears to have priced in the U.S. Federal Reserve’s expected tapering of asset purchases. The rupiah has been the best-performing emerging-market currency this quarter, with a gain of 1.8% against the dollar, according to data compiled by Bloomberg.

"With inflation below the central bank’s 2%-4% target, we expect BI Governor Warjiyo to have all the space to retain his ‘pro-growth’ stance to support the recovery,” said Nicholas Mapa, an economist at ING Groep NV. "We believe that BI will keep rates untouched for the balance of 2021 given the current inflation and growth situation.”

Warjiyo told reporters the central bank is prepared for the Fed taper, which he expects to begin in November. In 2013, emerging markets like Indonesia were rocked when the Fed began winding down its bond purchases from the global financial crisis.

"With our assessment and our experience, we expect to be able to anticipate Fed tapering, which will be lower in impact compared to 2013,” Warjiyo said. - Bloomberg