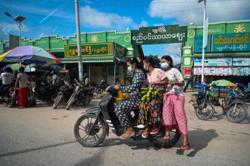 YANGON, Sept 21 (Xinhua): Myanmar's domestic gold price has been on the rise since earlier this month, registering at over 1.85 million kyats (US$1,062.5) per tical on Tuesday, according to latest figures from the Yangon Region Gold Entrepreneurs Association.

The country's domestic gold price reached its highest record of 1.9 million kyats (US$1,085.7) per tical on Sept. 11 this year.

The global gold price was recorded at US$1,761 per ounce on Tuesday.

A rumor about demonetization of 5,000 kyats and 10,000 kyats currency notes were spread in the market recently and the Central Bank of Myanmar later denied the rumor.

The domestic gold price has surged from around 1.3 million kyats (US$743) per tical in April this year, according to the market data.

US dollars have been appreciating against Myanmar kyats this month and the exchange rate has been scaled up to around 1,750 kyats per dollar as of Tuesday evening, from around 1,330 kyats per dollar in January this year, the Central Bank's data showed. - Xinhua 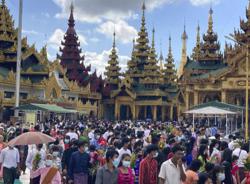