Zhang Zhongqiang paints a clay statue of rabbit god in his studio in Beijing. - China Daily

BEIJING (China Daily/Asia News Network): Although the full moon is cherished as a symbol of reunion in the hearts of Chinese people, somehow in Chinese mythology the moon is evocative of solitude and desolation.

One might be familiar with Chang'e, the moon deity who ingested the elixir of life to prevent it from falling into the wrong hands, and flew to the moon and lives in the Palace of Vast Coldness for eternity, or Wu Gang, the Chinese counterpart of Sisyphus, who is punished by having to fell a self-healing laurel tree.

Another resident of the moon, the Jade Rabbit, who grinds herbs and concocts the longevity elixir, often fades into the background as simply the companion pet of Chang'e.

Beijing folklore, however, does the rabbit justice. Not only is it referred to by Beijingers respectfully and endearingly as tu'er ye, the rabbit god, it has also gained a special status with its statues grabbing the spotlight in the city's Mid-Autumn Festival celebrations for the past 400 years.

Many scholars who grew up in Beijing early last century have spoken of their fond memories of the rabbit god. Author Lao She wrote that the rabbit statues look very handsome, as if they are outlaw heroes of the rabbit world.

Calligrapher Qi Gong once said: "I have loved the rabbit god since an early age... In the past, every Mid-Autumn Festival, the stores in the Beijing Dong'an Market would display an endless array of rabbit god statues."

Legend has it that the capital was once riddled with pestilence, and no secular remedies proved of use. The compassionate Jade Rabbit came down to Earth and cured the people by using his medicine-making expertise to make curative pastries, otherwise known as mooncakes.

Mythology though it is, the revering of the moon rabbit in the capital can be traced back to the Ming Dynasty (1368-1644) with text records stating that every Mid-Autumn Festival in the capital, people made clay statuettes that had a human body with the head of a rabbit and paid tribute to them.

Unlike other statues of holy figures, the rabbit god does not have so many taboos associated with it. In the Qing Dynasty (1644-1911), it gradually evolved into a children's toy.

The statues also became more elaborate and diversified. The most classic depicts it in armour or battle robes and sitting majestically on a tiger or elephant. These were thought to bring good health and security.

He recalls that growing up in the city, the rabbit god was a rare object craved by children. Because of financial difficulties and the disappearance of the traditional craft, he could only make his own animal statues with clay, the most common material he could lay his hands on.

When he entered his career in the 1980s, a few Beijing handicraft masters called for the revival of traditional folk art, and he started to make the rabbit god along with a lot of other clay sculptures as souvenirs.

"In the past two decades, as Chinese people's living standards have improved, and our country launched its projects of intangible cultural heritage protection, people are more willing to learn about traditional culture and own a handmade rabbit god statue, which I think is remarkable," Zhang says.

He is also amazed that more non-Beijing residents have become familiar with the rabbit god.

His stores are now frequented by tourists from both home and abroad. As his stores allow customers to sit down and paint their own rabbit god statues, many tourists will spend three hours there with their children learning about the history of the rabbit and the capital's Mid-Autumn Festival traditions in the process.

Although the statues very rarely serve their original moon-worshipping role, they are still regarded as a symbol of blessing for the annual festival.

In 2010, the rabbit god was accredited by the Beijing Intangible Cultural Heritage Protection Center as the ambassador for Beijing's Mid-Autumn Festival.

To pass down the traditional craft, Zhang has also been teaching clay sculpture making at a Beijing primary school and designing new forms of the rabbit god statuettes as cultural merchandise for scenic spots.

"The rabbit god is a cultural symbol unique to our region, and I have been thinking how to preserve it and pass it down. Beijing culture, including its historical characters, ancient architecture and scenic spots, is a reservoir of inspiration for my rabbit god statuettes," Zhang says. 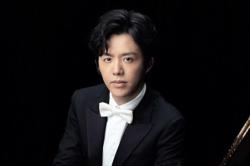