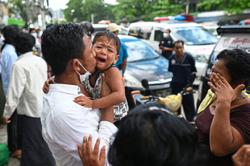 In this 2018 file photo, Danny Fenster works out of his van that he made into a home/office in Detroit. - AP

Fenster has been charged with incitement - spreading inflammatory information - an offense for which he could be sentenced to up to three years’ imprisonment. The charge does not specify what he is accused of doing.

The military-installed government that took power in February has sought to curb independent news media by canceling their licenses and arresting dozens of journalists.

Fenster is being detained in Yangon’s Insein Prison, an overcrowded facility which for decades has housed political prisoners.

Lawyer Than Zaw Aung said Fenster seemed demoralized when he spoke with him in a video conference during Monday’s court hearing, his first opportunity to do so in more than a month. Hearings are conducted by video at a township court instead of in a special courtroom at the prison because of the coronavirus, which in the past few months has severely impacted Yangon, Myanmar's largest city.

"His hair grew longer. He seemed disappointed and he told me in a frustrated tone that ‘I have nothing to say,’” the lawyer said. "I asked him if he had been vaccinated by the prison authorities, and he said no. His words showed that he is not feeling well. He didn’t request anything.”

Fenster said in mid-July that he believed he had contracted COVID-19 and was not given medicine he had requested. Prison authorities denied he was infected.

Fenster was detained at Yangon International Airport on May 24 as he was trying to board a flight to go to the Detroit area in the United States to see his family. He is the managing editor of Frontier Myanmar, an independent online news outlet based in Yangon, Myanmar’s biggest city.

"We are very concerned about Danny’s physical and mental health, particularly given his demeanor at today’s hearing,” said Thomas Kean, editor-in-chief of Frontier. "It’s totally understandable that he would be frustrated and disappointed -- he should never have been detained in the first place. Danny is now approaching four months in Insein Prison and there is no reason for the authorities to hold him a single day longer. He should be released immediately so he can go home to his family.”

Monday’s hearing was held to extend Fenster’s pre-trial detention, and set Oct. 4 for his next appearance. It was not clear if it could include allowing an application for release on bail.

Press associations and free speech organizations around the world have called for Fenster’s release, as has the US government.

"We remain deeply concerned over the continued detention of US citizen Danny Fenster who was working as a journalist in Burma,” State Department spokesman Ned Price said earlier this month after Fenster marked his 100th day in detention. The United States refers to Myanmar as Burma, its name before a military government changed it in 1989.

"Journalism is not a crime. The detention of Daniel Fenster and other journalists constitutes an unacceptable attack on freedom of expression in Burma,” Price said. "We continue to press Burma’s military regime to release Danny immediately. We will do so until he safely returns home to his family." - AP 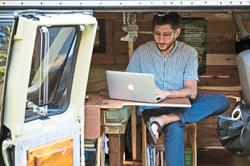