In this photo released by Xinhua News Agency via AP, rescuers conduct search and rescue at the site of an overturned passenger ship in Liupanshui in southwest China's Guizhou province, Sunday, Sept. 19, 2021. The boat has left multiple people dead, with several others still missing, according to state media on Sunday.

BEIJING, Sept 20 (AP): A boat that capsized on a river in southwest China has left at least 10 people dead, with another five still missing, according to state media on Sunday (Sept 19).

CCTV said that the ship overturned shortly after it departed Saturday evening in Guizhou Province. Preliminary investigations suggest that the ship was blown over by strong winds.

The tragedy struck days before China’s annual Mid-Autumn Festival, when families traditionally gather to have dinner and mooncakes.

Local authorities said the ship was overloaded when the accident happened. At least 46 people were on board, exceeding the maximum capacity of 40 people, according to CCTV.

As of Sunday, rescuers had saved 31 passengers, state media said, with most of the those on the boat thought to be students.

Over a dozen rescue teams have been dispatched to join the search and rescue operation, according to the official Xinhua News Agency.

The broadcaster added that rescue boats, frogmen and divers were deployed to search for the missing, but heavy downpours and undercurrents have hampered overnight rescue efforts.

Rescue operations are still ongoing and further investigation into the accident is underway. 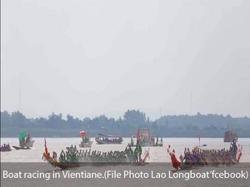