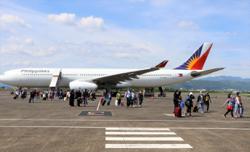 Newsweek said the awards highlight those which are creating an industry that is more adaptable, sustainable, responsible, innovative and inclusive. - ST FILE

SINGAPORE (The Straits Times/Asia News Network): The pandemic has grounded a lot of businesses but Singapore Airlines (SIA) and Changi Airport have got a lift for their efforts to rebuild amid the crisis.

SIA was named the winner on Thursday (Sept 16) in the international airline category of the first Future of Travel Awards held by American magazine Newsweek.

It saw off competition from other finalists Air France, Air New Zealand, Emirates and Qatar Airways.

Newsweek said the awards - which has eight categories - highlight those which are creating an industry that is more adaptable, sustainable, responsible, innovative and inclusive.

It added that the pandemic has allowed the travel space to reimagine what effect it can have on the world.

Future of Travel Awards judge Zach Honig, who is editor-at-large at travel website The Points Guy, highlighted SIA's moves to modernise its fleet with far more efficient aircraft, investment in sustainable fuel, sourcing of certain types of produce from local farms and commitment to reduce carbon emissions to net zero by 2050.

SIA noted that beyond its efforts in sustainability, it has also improved the entire travel journey to let passengers enjoy a safer and more seamless experience.

On Changi Airport's high-flying status, Honig noted that while rivals have made great strides, none can "compete as effectively when it comes to amenities for travellers and locals".

Changi Airport Group spokesman Ivan Tan said the future of travel is a key focus of the airport, as it looks into how it can serve passengers well as demand gradually builds up.

Other priorities include operating in a sustainable manner and protecting the health of travellers.

The awards for the two major players in the local aviation sector come as they continue to grapple with low passenger numbers caused by border restrictions.

SIA planes were only 19.2 per cent filled with passengers on average for the month of August. This is compared with 86.3 per cent in August 2019, before Covid-19 hit.

The Association of Asia Pacific Airlines director-general Subhas Menon said in a media roundtable on Sept 13 that airline business remains very badly affected by the pandemic.

He added that the outlook remains uncertain but expects travel to regions outside of Asia-Pacific to pick up first before intra-region trips return. 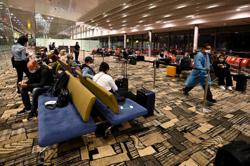 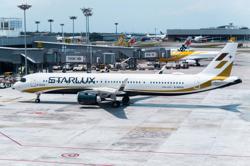