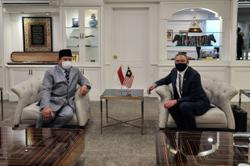 Indonesia President Joko "Jokowi" Widodo announced to the media this week that the Covid-19 pandemic is under control in most parts of the country. - Jakarta Post/ANN

JAKARTA, Sept 18 (Jakarta Post/ANN): Indonesia President Joko "Jokowi" Widodo has announced that the Covid-19 pandemic in the country is now under control but still urged caution to the people.

"Experts had predicted that by this September we could have up to 400,000 daily cases and if that happened, I can't imagine what the situation would look like [...] but today we’re only recording a little over 2,000 cases," Jokowi had announced..

In a presentation to the media, Jokowi also pointed out that the country's hospital bed occupancy ratio was 13.3 per cent, a steep drop from 79 per cent on July 18 this year.

Last week, Indonesia's daily coronavirus positivity rate dropped below the World Health Organisation's (WHO) benchmark standard of 5 per cent for the first time, an indicator the country's devastating second wave could be easing.

Despite the turnaround, however, Jokowi urged caution given the unpredictable nature of the coronavirus.

"I remember in January, one government leader declaring that his country had beaten Covid-19 but soon after it experienced a massive surge in the pandemic. I don't want to repeat that mistake and urge everybody to remain vigilant," he said.

The President also said that the government would roll out a number of steps in the coming months to boost the country's defense against Covid-19, including by proposing a ban on year-end holiday travel and the implementation of a booster-shot vaccination policy later this year.

When asked what was the key to the current success in dealing with Covid-19, President Jokowi said that government-sponsored isolation centres for virus patients could be most responsible.

According to the ministry, 7,076 more people were discharged from hospitals, bringing the total number of patients recovering from Covid-19 to 3,983,140.

To date, at least 44.71 million people in the country have received two shots of vaccines, while 78.54 million have taken the first dose, the ministry added.

Indonesia, with a population of more than 270 million, is aimed at vaccinating 208.26 million people. - Jakarta Post/ANN 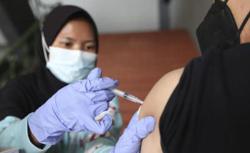