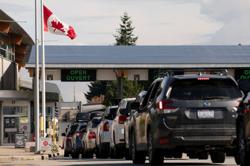 SADAO (Southern Thailand), Sept 17 (Bernama): Danok, a town in the province of Sadao in Southern Thailand, is only a shadow of itself following the Thailand-Malaysia border closure since March last year due to the Covid-19 pandemic.

Popular with Malaysians who love travelling, entertainment and shopping, Danok is severely affected as it depends on the presence of foreigners, especially those from Malaysia and Singapore, to thrive.

Although the government allowed the business sector to operate, the absence of visitors caused many restaurants, food stalls, entertainment centres and massage parlours to shut down.

Danok Entrepreneurs Association adviser Dr Suthiphong Sitthipataraprapha suggested a programme - "Danok Sandbox”- where the town can be opened specially to visitors from Malaysia who completed two doses of COVID-19 vaccine.

Dr Suthipong’s inspiration for the plan came from seeing the success of the "Phuket Sandbox" where tourists inoculated with two doses of vaccine are allowed to visit the resort island without quarantine.

"Visitors have to undergo RT-PCR test within 72 hours before arriving in Danok. They can only move within a radius of 2.7 kilometres from the border. Apart from that, they can only stay in hotels recommended by the Safety and Health Administration (SHA),” he told Bernama.

Under the "Phuket Sandbox” programme, Phuket has welcomed 26,400 visitors from July 1 to August 31, generating 1.63 billion Baht in revenue.

Thailand also launched "Samui Plus", where tourists have the opportunity to visit Koh Samui, Koh Pha-ngan and Koh Tao since last July 15. The Tourism Authority of Thailand (TAT) said the programme, up to Aug 31, received 918 visitors and 6,329 room bookings, as well as a revenue of 37.6 million Baht.

Meanwhile, Songkhla Province Tourism Industry Council vice-president Aida Oujeh hoped the Thai government could speed up the vaccination campaign in Songkhla province, especially in Danok, so that it will achieve group immunity in the near future.

"So far, the Covid-19 vaccine injection (rate) in Danok is only 30 to 35 per cent," said Aida, adding that tourist guides, taxi drivers, tuk-tuks and tourist vans should be vaccinated. - Bernama 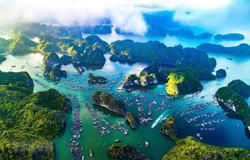