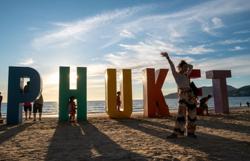 BANGKOK, Sept 16 (Bloomberg): As Thailand gears up for the reopening of Bangkok and several key provinces in October, some doctors warn that hospitalizations could surge again because the vaccination rate remains low across the nation.

Only 18% of the population is fully inoculated at present, a level that offers only limited protection from the spread of Covid-19, especially with the impending increase of the movements of people and the arrival of tourists -- who will be granted quarantine waivers based on their vaccination status.

Coverage should exceed 70% before reopening because fully vaccinated people can still get infected and spread the virus, said Prasit Watanapa, dean of Mahidol University’s Faculty of Medicine at Siriraj Hospital. He said that the emergence of a new variant could worsen the situation and squeeze the health-care system.

Prime Minister Prayut Chan-O-Cha has pushed for a wider reopening in an effort to boost the foreigner-driven tourism sector.

The scrapping of quarantines -- typically two weeks -- is part of the government’s "living with Covid-19” strategy that aims to revive the economy and put people back to work -- while concurrently limiting fallout from the virus.

The resort island of Phuket, the first province to reopen in July when the vaccination rate there was ramped up to about 70%, is now battling spikes in cases, especially among migrants and in fishing communities.

The Phuket experience is not unlike what’s happened in other global destinations, with cases jumping in the Maldives and Seychelles following their reopenings to tourists -- despite high vaccination rates.

Thira Woratanarat, an associate professor at Chulalongkorn University’s Faculty of Medicine, said a surge in infections would likely be evident six to eight weeks after the wider tourism reopening. Current control measures include curfews, limits on restaurant dining, clamps on alcohol sales and gym closures.

The upcoming phases of reopenings are scheduled between Oct. 1 and Oct. 15, depending on province and the readiness of local authorities.

"If there’s a new wave of outbreak, it’d be difficult for the majority of people to survive because they have been fighting this for a long time and their resources are running low,” Thira said. "It would inevitably affect the economy in the end.” - Bloomberg 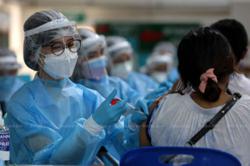