Protesters hold photographs of alleged victims of extra-judicial killings and mock mugshots of President Rodrigo Duterte, during a protest to mark Duterte's final year in office, in Manila, in June 2021. - Reuters

MANILA, Sept 16 (Reuters): The Philippines will not cooperate with a formal investigation launched by the International Criminal Court (ICC) into possible crimes against humanity committed in President Rodrigo Duterte's "war on drugs", a presidential spokesperson said.

Judges at the ICC on Wednesday (Sept 15)approved a formal probe into Duterte's signature anti-narcotics campaign in which thousands have died, a move welcomed by rights groups.

Judges' assessment of material presented by prosecutors, was that "the so-called ‘war on drugs’ campaign cannot be seen as a legitimate law enforcement operation", but rather amounted to a systematic attack on civilians.

Duterte has previously sought to shrug off the investigation and on Thursday his chief presidential legal counsel Salvador Panelo said the ICC had no jurisdiction.

"The president's position does not change. ICC is bent, at the inception, of proceeding with this case in violation of our constitution and defiance even of its own Rome statute," Panelo told DZBB radio station.

Panelo said ICC investigators would not be permitted to enter the country to conduct the probe.

In March 2018, Duterte cancelled the Philippines' membership of the ICC's founding treaty. But under the ICC's statute, it has jurisdiction for crimes committed between 2016 and 2019.

Duterte, 76, who won the presidency on an anti-drugs and corruption platform, ends his single six-year term in June 2022, but is planning to run for vice president.

Duterte, in his last State of the Nation address, defended the campaign that has seen police kill more than 6,100 suspected drug dealers in sting operations, saying it had cut crime and improved peace and order.

The president, who remains popular at home, has previously dared the ICC to put him on trial, saying he has never denied that he will kill people out to destroy the country.

Human rights groups accuse Duterte of inciting deadly violence and say police have murdered unarmed drug suspects and staged crime scenes on a massive scale. Police deny this and Duterte insists police are under orders to kill only in self-defence.

Philippines rights group Karapatan said the ICC's comments "reaffirms the views of victims and their families." "Duterte and his cohorts should be made accountable for these crimes," it said after the ICC decision. - Reuters 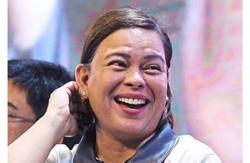 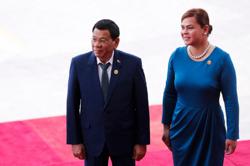