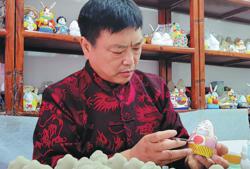 Students, accompanied by parents, wait in line to register their information for vaccination against the coronavirus disease (Covid-19), at a high school in Nanjing, Jiangsu province, China August 27, 2021. - China Daily via Reuters

BEIJING, Sept 15 (Reuters): China has fully vaccinated 91% of students aged 12-17 against the coronavirus, state television reported on Wednesday, although authorities said schools need to be vigilant.

An outbreak in the southeastern province of Fujian this month that has grown to 152 cases includes infections among unvaccinated students in at least four primary schools and two kindergartens, data from local authorities showed.

China's two main vaccines have been approved for use in children from the age of three but authorities in charge of the vaccination rollout have yet to make children under 12 eligible.

The education ministry said in a statement that schools should not be complacent and implement anti-COVID measures in a more efficient and targeted manner.

The outbreak has prompted cities in other parts of China to issue travel warnings ahead of a Mid-Autumn Festival holiday next week and a week-long holiday starting Oct. 1, although state media has warned against imposing blanket travel curbs.

Wang Dengfeng, an education ministry official, told state television that students and teachers were being encouraged to stay put during the upcoming holidays.

China began vaccinating students aged 12-17 in July. The vaccination rate of 91% is much higher than the national rate, which was just under 70% as of Sept. 6. - Reuters 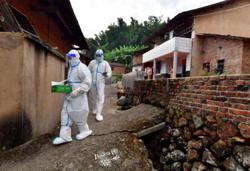