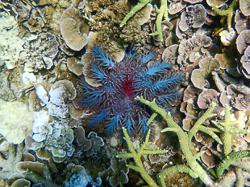 The information includes details about the seabed, the status of desalination plants, and marine water quality. - ST

SINGAPORE (The Straits Times/Asia News Network): Dotted with ships and fish farms, and teeming with marine life, the seas surrounding Singapore contain a treasure trove of information, some of it invisible to the naked eye.

The information includes details about the seabed, the status of desalination plants and marine water quality.

To make such data available to government agencies here, the Maritime and Port Authority of Singapore (MPA) started developing a repository of land, marine and coastal data in 2019.

This virtual twin of Singapore's land and coastal waters - called GeoSpace-Sea - can map out and present data in 2D and 3D forms for the authorities to monitor coastal and sea activities in real-time, or plan building projects.

GeoSpace-Sea stores and presents data from 11 government agencies, including national water agency PUB and the Housing Board.

For example, if the National Parks Board (NParks) wants to study marine biodiversity, it can use the virtual twin to access marine life data, or the distribution of corals and sea grass. GeoSpace-Sea allows users to view and analyse the seabed with three-dimensional images as well.

The MPA project was discussed on Thursday (Sept 9), at a geo-innovation forum organised by Esri Singapore.

Giving a talk on GeoSpace-Sea at the virtual forum, Dr Parry Oei, former chief hydrographer of Singapore, outlined future plans for the project and explained how the database can be used for climate change mitigation. He is now MPA's adviser on hydrography.

"Government agencies that do coastal engineering need real-time information. We give them access to sea-level monitoring," he said.

MPA is working to make the platform accessible to the institutes of higher learning soon, and eventually to the public.

"We are hoping to introduce augmented reality. (With that), it's not looking at data and models any more. It's diving into the data itself, to see (it in) three-dimensional, or even four-dimensional (form)," Dr Oei added.

Another virtual twin that was discussed at Thursday's forum is NParks' Safe Distance @ Parks website, which was rolled out last year to monitor crowd levels in green spaces.

NParks uses CCTV cameras equipped with analytics, as well as drones, robots and staff on the ground to record the footfall in parks and beaches, and monitor if visitors are following safe distancing.

With the help of Esri Singapore's technologies, NParks has also been tracking birds and monitoring forest fires and the fall risk of trees for years.

Esri South Asia's managing director, Leslie Wong, noted at the forum: "There are over two million street trees in Singapore. NParks keeps track of them in its GIS, and monitors information such as height, age, and tree incidents.

"In 2001, there were over 3,000 tree (fall) incidents, but by 2019, there were 450 incidents... We will see more greenery in Singapore in the years to come... but the risks will not spike because the users who lean heavily on GIS have been measuring things constantly."