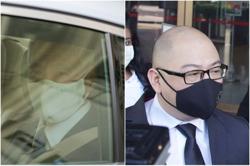 SINGAPORE (The Straits Times/Asia News Network): The High Court has awarded Prime Minister Lee Hsien Loong a total of S$370,000 in damages for two defamation suits he filed over an article published on The Online Citizen (TOC) website.

He had separately sued TOC chief editor Terry Xu and Ms Rubaashini Shunmuganathan, the Malaysian author of the article that was published on Aug 15, 2019.

Rubaashini did not enter an appearance to defend the suit against her and judgment in default was granted in favour of PM Lee.

In a 64-page judgment released on Wednesday (Sept 1), Justice Audrey Lim said she was unable to accept Xu's inference that PM Lee had, with an ulterior motive, misled Lee Kuan Yew into believing that the house had been gazetted.

"On the contrary, the evidence shows that (PM Lee) had supported (Lee Kuan Yew's) wishes to demolish the house as he wanted to respect his father's wishes," added the judge.

Justice Lim said: "The evidence also shows that (PM Lee) was at the same time concerned that the family should not profit financially from the redevelopment of the site to avoid the perception that the house was being demolished and the site redeveloped for financial gain."

The judge found that PM Lee "did not and had no reason to mislead (Lee Kuan Yew) or inform him that the house had been gazetted".

However, PM Lee had informed Lee Kuan Yew that it was likely that the Cabinet would wish to preserve the house if the matter came before it.

The judge noted that in an e-mail copied to his siblings on July 19, 2011, PM Lee told Lee Kuan Yew that it would be safer to redevelop the site while he was still alive.

PM Lee wrote that the Government would later come under great pressure to compulsorily acquire the house and turn it into a national monument, and that many Cabinet ministers would support this.

Nevertheless, the e-mail showed that PM Lee was supportive of Lee Kuan Yew tearing down the house and had encouraged his father to redevelop the site while he was still alive.

She said: "I accept that Xu's allegations impugned (PM Lee's) reputation and character by alleging that he was dishonest. This struck at the heart of (PM Lee's) personal integrity and could severely undermine his credibility, not just personally but also as the PM, and call into question his fitness to govern with integrity."

The judge also granted an injunction restraining Xu from further publishing or disseminating the false and defamatory allegations.

As for the suit against Rubaashini, Justice Lim awarded damages of $160,000.

On the award, PM Lee's press secretary, Chang Li Lin, said: "As usual, Prime Minister Lee intends to donate to charity the damages he has been awarded."