Mass rush: Filipinos waiting to be vaccinated after hearing that they may face stricter restrictions during the lockdown in Metro Manila. — Reuters

Those who are spreading rumours that unvaccinated people will be restricted are to blame for the sudden surge of people going to vaccination sites, not President Rodrigo Duterte, Malacanang said.

Metro Manila residents reportedly stormed the vaccination sites yesterday, ahead of the reimposed enhanced community quarantine (ECQ) over the region, with the city of Manila recording at least 19,000 individuals at their vaccination sites.

The Manila City government had cut off the vaccination queue at around 3am after allotting the 2,500 doses for each mall vaccination site.

The people who gathered at the vaccination sites said they feared not being able to go out after hearing reports that those unvaccinated could not leave their residences during the ECQ in Metro Manila which will start today.

The Manila Public Information Office noted that most of those who lined up did not know that online registration was required before walking into the vaccination centres.

Despite telling individuals in the queue that there was a cut-off, they still insisted on lining up for a chance to get vaccinated.

Presidential spokesperson Harry Roque denied that it was Duterte’s pronouncement to bar unvaccinated people from going out that had led to the exodus.

“I don’t think so. I think some no-good people are spreading fake news.

“I don’t know why they haven’t got Covid-19 yet but anyway, don’t believe in fake news,” Roque added.

Malacanang also disproved speculation that the government had imposed additional Covid-19 restrictions, including disallowing unvaccinated people from going out and excluding them from receiving cash assistance during the ECQ.

Roque clarified that people could still go out of their homes during the ECQ provided that they were among those authorised persons outside of residence and that they were going out to get necessities like food or medicine.

He also said it was not true that people would not get ECQ aid even though they were not yet vaccinated, as they would not be asked to present proof of vaccination.

Duterte, in a speech last week, had said that he would ask the police to escort unvaccinated people back to their homes during the ECQ. — Philippine Daily Inquirer/ANN 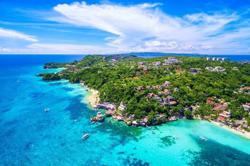