BEIJING: China’s digital economy was worth nearly US$5.4 trillion (RM22.8 trillion) last year, ranking second in the world. That represented a year-on-year growth of 9.6%, the fastest in the world, Economic Information Daily reported.

The result was announced at the 2021 Global Digital Economy Conference, which is under way in Beijing, and co-hosted by the Beijing municipal government, the National Development and Reform Commission, the Ministry of Industry and Information Technology, the Ministry of Commerce, and the Cyberspace Administration of China.

According to the global digital economy white paper released by the China Academy of Information and Communications Technology at the conference, last year, the value added for the digital economy reached US$32.6 trillion (RM137.6 trillion) in 47 nations, with a nominal growth rate of 3% on a yearly basis.

At the conference, more policy signals were released to speed up the development of the digital economy, including R&D breakthroughs and iterative applications in high-end chips and key basic software, green smart data and computing facility layouts, and promoting digital transformation in the manufacturing sector.

In the wake of the fragile global economic recovery, the digital economy is key to realising economic recovery and promoting sustainable development, said Zhuang Rongwen, director of the Cyberspace Administration of China.

Next, the country will strengthen efforts to tackle key problems in core technologies, strengthen areas of weakness and build an independent, controllable, safe and reliable information technology system.

The government will put more efforts into advancing digital transformation in the manufacturing sector, and also promote implementation of the “5G plus industrial internet” innovation development project and smart manufacturing project, Xiao said.

Digital technologies should better empower small, medium and large enterprises to fully support industrial upgrading, Xiao said, adding that an open, fair and non-discriminatory development environment should be built up for the digital economy.

According to a document from the government of the Beijing municipality, Beijing aims to become a leader in city digital smart transformation and global digital technology innovation. — China Daily/ANN 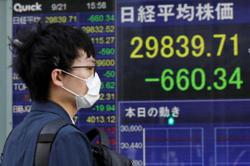