BANDAR SERI BEGAWAN (Borneo Bulletin/ANN): The Covid-19 pandemic has prompted the discovery of new ways to do business to survive, said the President of the Brunei-China Friendship Association (BCFA) Dr Muhammad Firdaus Abdul Rahman at an event on Monday (Aug 2).

“I wouldn’t really consider this a new normal, but rather an abnormal period that has pushed us to build a better future, especially for the youth to explore new opportunities and unprecedented ways of engaging e-commerce, which is not limited to only our country but regionally and globally as well,” said the BCFA president in his opening remarks at the launch of the Asean Youth Run with Yiwu Global Youth Business Programme.

As the chairman of Asean this year, Brunei Darussalam has been invited for the Asean Youth Run with Yiwu Global Youth Business Programme. The country was represented by the BCFA.

The event was organised by the Foreign Affairs Officer of Yiwu Municipal People’s Government.

“I recommend the Foreign Affairs Office of Yiwu Municipal People’s Government, to establish a platform of Asean-Yiwu to encourage youth from all regions to engage closely with one another via online and offline platforms, which they can communicate on a frequent basis, so that they can push to fare better in their entrepreneurship and innovation pursuits,’’ said Muhammad Firdaus.

The session also witnessed welcoming remarks by several representatives including the ambassador of the Kingdom of Thailand to China, SG Yuan Mindao of the Chinese People’s Association for Friendship with Foreign Countries, video remarks by Ambassador of People’s Republic of China to Asean, Deng Xijun, remarks from the Asean–China Centre, and remarks by the representative of Zhe Jiang provincial; the Foreign Affairs office.

Professor Jia shared inspirational real-life stories of his former students who arrived at Yiwu poor but now run multi-million-dollar companies after learning to make use of various e-business platforms.

He also highlighted the power of brands, inevitability in contingency, age of creating miracles and managing thousands of user accounts in a cross-border e-commerce company. - Borneo Bulletin/Asia News Network 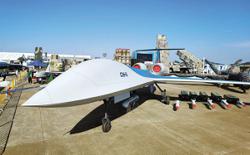