China’s new ambassador to the United States Qin Gang said he would endeavour to bring the deeply fraught relationship between the two countries under control and strive for peaceful coexistence, despite unprecedented “risks and challenges”.

Speaking at his first media event, just hours after he arrived in Washington on Wednesday, Qin said relations were at a critical juncture – comparable to the days before former US secretary of state Henry Kissinger’s secret, groundbreaking trip to Beijing in 1971.

In the background, there was more squabbling between Chinese and US diplomats this week during deputy secretary of state Wendy Sherman’s visit to Tianjin, with each side blaming the other for instigating tensions and raising demands without making any concessions. 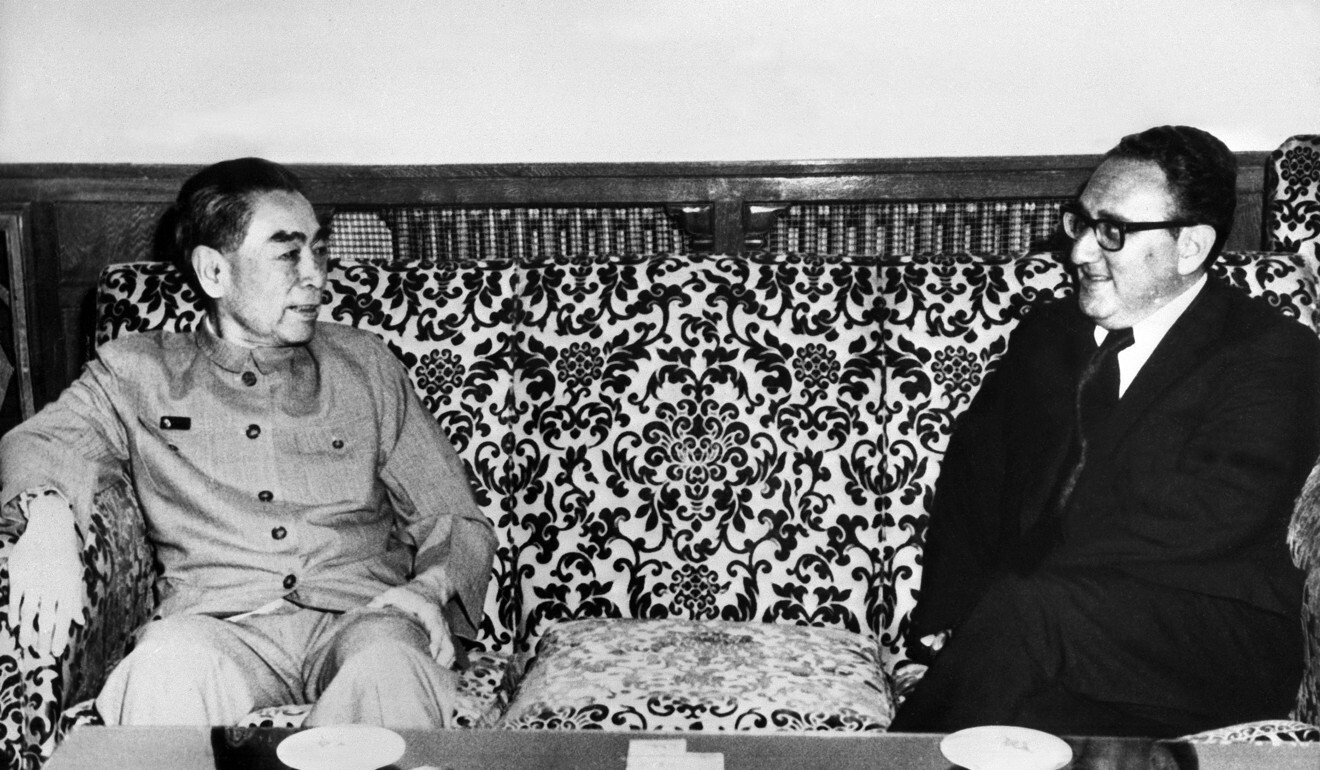 But Qin nevertheless sounded a hopeful note, hailing Kissinger’s trailblazing visit and the history-changing US-China rapprochement which followed, and calling for an effort to rebuild trust and realise “great opportunities and potential”, according to a transcript posted on the embassy website.

“I believe that the door of China-US relations, which is already open, cannot be closed. This is the trend of the world, the call of the times, and the will of the people,” he said.

“As two big countries – different in history, culture, social systems and development stages – China and the United States are entering a new round of mutual exploration, understanding and adaptation, trying to find a way to get along with each other in the new era,” he told a select group of journalists from Chinese and US media.

In a sign of how much the relationship has deteriorated since Qin’s predecessor Cui Tiankai began his tenure in April 2013, no State Department officials were present to greet the new ambassador on his arrival in Washington.

In contrast, Cui – China’s longest-serving ambassador who retired in June, aged 68 – was given a warm reception by US diplomats on his arrival and invited to present copies of his credentials to then secretary of state John Kerry the following day. Recalling the warmth between the two countries in those days, Cui later said he considered himself lucky.

Cui Tiankai: from a Heilongjiang farm to China’s ambassador in Washington

Qin, 55, has never held an ambassadorship before but is believed to have earned the trust of the leadership through his work since 2014 helping to manage protocol details for President Xi Jinping.

Famed for his sharp rebuke of any criticism of China during his two stints as foreign ministry spokesman, Qin spent the past three years as deputy foreign minister responsible for European, protocol and information affairs, with little direct involvement in the notoriously complex US-China relationship.

In a conciliatory message to his hosts amid ongoing tensions over the origins of the new coronavirus, Qin wished the US and President Joe Biden victory in their efforts to combat the pandemic and revive the economy.

Qin said both sides needed to “forge new paths and build new bridges whenever necessary to take us past all risks and challenges”.

“I look forward to working closely with them to safeguard the foundation of China-US relations, uphold the shared interests of the two peoples, and endeavour to bring China-US relations back on track, turning the way for the two countries to get along with each other – mutual respect, equality, win-win cooperation and peaceful coexistence – from a possibility into a reality,” Qin said.

Biden has yet to unveil his pick for the US ambassadorship to China, which has been vacant for nearly 10 months since Terry Branstad’s departure in early October.

Citing the adversarial exchanges between Beijing and Washington in Tianjin, observers cautioned against high hopes, despite Qin’s measured optimism.

“Qin is tasked with steering a path through the political minefield for bilateral ties without creating fresh problems. He will need to rise to the challenge as the biggest headwind for US-China relations looks set to persist for a long time,” said Huang Jing, dean of the Institute of International and Regional Studies at Beijing Language and Culture University.

“He will also have to tread cautiously because this high-profile Washington post may pave the way for his future career, which looks fairly promising at the moment,” he said.

In China, the US ambassadorship is the most prestigious overseas posting in the foreign service, with Qin’s predecessors including two former foreign ministers, Li Zhaoxing and Yang Jiechi.

Compared to Cui, who is known for his deep knowledge and contacts in the US and has been credited for his effective role in keeping dialogue open, Qin will have big shoes to fill, according to Pang Zhongying, an international affairs expert at Ocean University of China in Qingdao.

He said it remained unclear whether Qin was up to the task and how he would get it done, with China facing tough challenges at home and abroad.

“Although diplomats like Qin may not be able to choose what messages they deliver, considering China’s highly centralised decision-making, it is largely up to them as to how they effectively deliver those messages, a crucial test for professional diplomats.”

Gal Luft, a co-director of the Washington-based Institute for the Analysis of Global Security, also said Beijing may have to accept the disheartening reality that the Biden presidency was unlikely to bring an improvement in bilateral ties.

“A superpower rivalry is a permanent feature of the international system and Beijing must brace itself for a generational struggle which needs to be managed and carefully choreographed in order for it to stay cold,” he said.

“The change of guard in China’s diplomacy is indicative of the coming of a bolder and more defiant China, one that is unwilling to bend and eager to defend its positions and sovereignty and is highly sceptical about the supremacy of Western ideas.”