A “lucky” hair clip worn by one of China’s gold medallists at the Tokyo 2020 Olympics has gone viral, with sales of her hair clip and other accessories she wears surging in the past week.

Athlete Yang Qian has won two gold medals for shooting, including China’s first gold medal at the games, which has made her into a major celebrity.

“Soon after Yang Qian won the first gold medal, we launched a marketing website with a poster carrying her picture and the words ‘celebrating Yang Qian winning the championship’. We also lowered the price a little in the meanwhile,” Hu Jungang, an online shop owner selling the pin, told state media broadcaster CCTV. 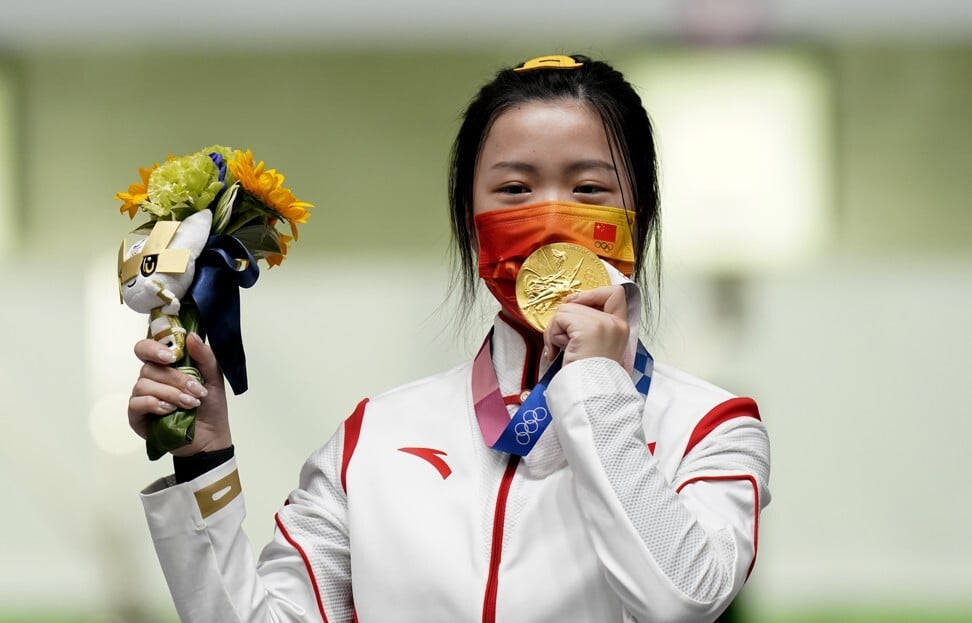 “One hour after the link was released, thousands of the yellow duck hair clips had sold out. More than 10,000 pieces were sold in half a day,” he said.

Before Yang won gold at the Olympic Games, the hair clip had been available on the market for three years, but with a poor sales record, according to Mao Xuxia, a businesswoman at Yiwu International Trade Market in Yiwu of Zhejiang.

“In the past, I could only sell up to 100 such clips a day. Now, the daily sales have surpassed 10,000,” Mao told the Qianjiang Evening News. Each hair clip costs about 3 yuan (46 US cents) online. Previous monthly sales at one website owned by Chen Gengping were just 800, in stark contrast with the 25,000 per day since Yang shot to fame, the report said.

“I have never seen such a phenomenally hit product before. I should say I have benefited from association with Yang Qian,” Chen said.

Online searches for “same style as Yang Qian” hair clip rose 420 per cent at shopping website Taobao, while the searches for a carrot inspired headband she wore at the Olympics also soared 210 per cent, said the report.

Taobao is owned by the Alibaba Group which is also the owner of the South China Morning Post.

“Please send the hair clip and the band to me as quickly as possible,” one buyer said in a message on the platform. “I need good luck. I want to close my distance with the Olympics champion.”

“I’ve bought the same product as Yang Qian’s for my daughter. The kid is happy with that,” another buyer said.

In an interview with miguvideo.com, Yang said her favourite manicuring style is pearl, leading to some fashion apps producing video clips on how to make pearl nail decorations at home.

Cooking websites also took advantage of Yang’s fame by writing articles introducing how to make braised prawns, the dish she said she missed and was usually cooked by her mother.