HMS Queen Elizabeth has been coordinating exercises with the navies of India and Malaysia in recent days. - AFP/ROYAL NAVY

LONDON (AFP): The UK government Friday (July 30) denied it was provoking Beijing with the deployment of its most powerful navy task force in a generation, after Chinese state media issued a blunt warning.

The flotilla has entered the disputed South China Sea after exercises with Asian allies. It is led by the new aircraft carrier HMS Queen Elizabeth, and comprises other Royal Navy vessels plus US and Dutch warships.

In an editorial, the nationalist state-run newspaper Global Times warned US allies China might feel compelled to send a message to defend "its sovereignty and territorial integrity".

"Just as a popular Chinese phrase indicates: To execute one as a warning to a hundred," it said.

Addressing the UK and allied strike force specifically, it said: "We seriously warn this group: They are obliged to remain restrained and obey the rules.

"Please follow the current international shipping lanes and stay at least 12 nautical miles away from the Chinese islands and reefs."

Beijing's claims to the entire South China Sea encompass uninhabited islets that lie barely above the waterline, as well as man-made islands built to house airstrips and military bases.

"The carrier strike group is lawfully navigating the South China Sea, just as one-third of global shipping does on an annual basis," a Ministry of Defence spokesperson said in London.

"It is taking the most direct route through international waters to conduct exercises with allies and partners in the Philippine Sea."

HMS Queen Elizabeth and her escorts have been coordinating exercises with the navies of India, Malaysia and Singapore in recent days, and are due to pay visits to five Japanese ports in September.

"We are not going to go to the other side of the world to be provocative," the ministry spokesperson said. "We will be confident, but not confrontational."

Defence Secretary Ben Wallace defended the deployment on a visit to Tokyo earlier this month.

"It's no secret that China shadows and challenges ships transiting international waters on very legitimate routes," he told The Times newspaper.

"We will respect China and we hope that China respects us," he said, stressing: "We will sail where international law allows."

In addition, the Royal Navy offshore patrol vessels HMS Spey and HMS Tamar will start a permanent deployment to the Asia-Pacific region next month, supported by ships from Australia, Japan and Singapore.

Last month, Russia issued strong protests at what it said was a British destroyer's violation of its territory in the Black Sea.

The UK, which does not recognise Russia's annexation of the Crimea, insisted HMS Defender was in legitimate waters off Ukraine. The ship later joined the rest of the carrier group en route to Asia. 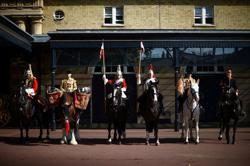 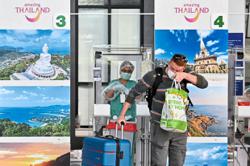