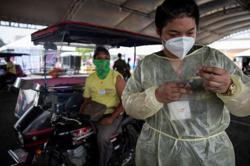 The island-state aims to relax more virus curbs, including starting to allow quarantine-free travel in September, marking the first time it’s set out a timeline to reopen borders that have been mostly shut for more than a year.

The South-East Asian country expects to have fully vaccinated 80% of its population by then, placing the nation in a solid position to move forward with reopening, Finance Minister Lawrence Wong told Parliament yesterday.

That will allow authorities to ease measures, including allowing larger gatherings of fully vaccinated people. The country also will be able to start reopening borders and establishing travel corridors with other countries or regions that have infections under control.

“While other countries may have come to terms with a certain level of Covid-19 cases and even deaths, this is not the choice we want to make in Singapore,” Wong said.

“At the same time, there is no need to wait for everyone to be vaccinated before we begin to open up.

“That would mean holding back the entire reopening timeline until much later in the year, which is not tenable.”

One of the world’s success stories in containing the virus, Singapore suffered a setback in mid-July after infections spread in karaoke lounges and a fishery port that supplies produce to markets all over the island.

More than 1,000 people have been infected in the clusters, and the city set a daily record of local virus cases.

Singapore was aiming to have two-thirds of the population vaccinated by its Aug 9 independence day, after which it planned to ease more measures.

But the outbreaks and growing concern that 200,000 elderly have yet to be vaccinated prompted authorities to tighten curbs, raising questions as to whether the city-state was deviating from its reopening path.

“The answer is a clear no. We are determined to get to our destination of being a Covid-resilient Singapore.

“But our journey must take into account public health realities,” Trade and Industry Minister Gan Kim Yong said in a separate speech to Parliament.

“Sometimes, we may need to take a detour if we see hazards ahead. This way we can ensure that we will get to our final destination safely, even though it may take a little longer.”

Authorities will review existing virus curbs in early August based on factors such as the overall infection rate.

A positive outcome will allow the government to ease some of the measures – but only for vaccinated people, Wong said.

Once key inoculation levels have been reached, he said, fully vaccinated people may be able to travel without serving a 14-day hotel quarantine on their return.

Depending on the risk level of the countries visited, quarantine can be replaced with a rigorous testing regime, or the quarantine can be shortened to seven days and served at home. Unvaccinated individuals can also travel, but will have to quarantine.

“While other countries may have come to terms with a certain level of Covid-19 cases and even deaths, this is not the choice we want to make,” Wong said.

“At the same time, there is no need to wait for everyone to be vaccinated before we begin to open up.

“That would mean holding back the entire re-opening timeline until much later in the year, which is not tenable.” — Bloomberg 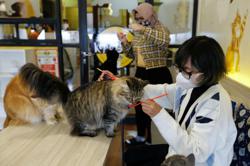