MANILA (Philippine Daily Inquirer/ANN): The Philippine economy may have exited recession in the second quarter with a likely year-on-year growth rate of 10.6 per cent—coming from a very low base last year, when tough lockdowns started—but it may take until the fourth quarter of 2022 to return to prepandemic productivity level.

This is according to Emilio Neri Jr., lead economist at Bank of the Philippine Islands, who sees full-year growth this year coming in at 5.1 per cent, down from the bank’s original forecast of 6.3 per cent due to the momentum disruption caused by the return to enhanced community quarantine from March 29 to April 11.

For the second quarter gross domestic product (GDP), BPI had also downgraded its year-on-year growth forecast from 13.7 per cent. This was as mobility in the National Capital Region — which accounts for over half of the country’s GDP) — had been constrained during the quarter and was even worse off than the mobility seen in the fourth quarter of 2020.

In the first quarter, the country’s GDP shrank for the fifth straight quarter by 4.2 per cent. Although the pace of contraction slowed down compared to the 9.5-per cent full-year GDP decline in 2020, this was still deeper than the 2-per cent contraction expected by BPI.

But even if the country could post a 10.6 per cent year-on-year growth in the second quarter, Neri said this would still be about 8 per cent off the levels seen in 2019, or prior to the pandemic.

In comparison, he noted that China and Vietnam were already performing 5 per cent and 8 per cent above their 2019 GDP levels in the last three quarters.

However, BPI’s second quarter growth forecast for the Philippines assumes some catch-up in economic activities, especially in the construction sector, in part of April and whole of May through June, due to the favoUrable weather conditions at that time.

“Especially with the upcoming [presidential] elections, we expect that public sector could lead construction recovery and some of that may have kicked in already even if we had a partial restrictions during the second quarter,” Neri said in an interview with Inquirer.

With the current pace of vaccination, Neri said the country might be able to inoculate 70 per cent of the population, the critical mass needed to achieve herd immunity, by the second or third quarter of 2022. But even if the country could vaccinate just 20 per cent of the populace by this year-end, Neri said this would be sufficient to stimulate more economic activity.

Neri cited other green shoots in the domestic economy, including imports as a proxy to demand.

In the last 12 months, although the moving average of imports had not even hit 90 per cent of pre-pandemic levels, he said demand was picking up and the country was catching up with the pace of recovery seen in Indonesia and Thailand.

The importation of capital goods, in particular, was cited as an encouraging sign as with the exception of aircraft, most sectors were seen importing capital goods again, led by the telecom sector. - Philippine Daily Inquirer/Asia news 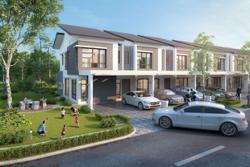