PHNOM PENH, July 26 (Xinhua): Cambodia on Monday reported 303 new domestic Covid-19 cases, a remarkable drop from its peak of 991 cases on June 30, the Ministry of Health (MoH) said in a statement.

However, the Southeast Asian nation had seen a significant surge in imported cases, the ministry said, adding that the kingdom found 475 imported cases on Monday, sharply up from 139 at June's end.

Authorities attributed the fall in domestic infections to higher Covid-19 vaccination rates and the increase in imported cases to importations by migrant workers returning from neighbouring Thailand.

To date, Cambodia had registered a total of 73,701 Covid-19 cases including 9,152 imported cases, the ministry said, adding that 22 more fatalities had been recorded Monday, bringing the overall death toll to 1,305.

The kingdom also saw 686 other patients recovered, raising the total number of recoveries to 65,950, the ministry said.

"We are racing against Delta variant. We must act faster with a greater sense of urgency and with no regrets," she wrote on Twitter.

She said it was essential that non-pharmaceutical interventions (NPIs) be implemented effectively and all vulnerable people be fully vaccinated.

Cambodia began an anti-Covid-19 inoculation drive on Feb 10, with China being the key vaccine supplier. 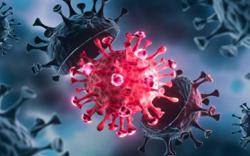