Medical workers lead a group of recovering Covid-19 patients in a group exercise outside a hospital in Semarang on Sunday, July 25, 2021. (- AFP

JAKARTA, July 25 (dpa): Indonesia is extending its partial lockdown for another week while giving some leeway to businesses to resume operations, the president announced on Sunday.

President Joko Widodo said the Covid-19 outbreak in Indonesia, which has claimed a total of 83,279 lives including 1,266 on Sunday alone, has been showing signs that it is now under control, with bed occupancy and daily new cases starting to decrease.

"In consideration of health and economic aspects and social dynamic, I decided to continue imposing the public activity restrictions level four from 26 July to 2 August. But we will make some adjustments on people’s mobility and activity in phases," Widodo said.

Indonesia determines the outbreak severity in a four-tiered assessment based on the World Health Organization's guidance, with level four being the worst.

The Indonesian capital Jakarta is among the 116 regions across the country that is on the level four assessment. Cities in Java, Indonesia’s most populated island where Jakarta is located, have seen a steep rise in daily new cases since June.

The decision to extend the partial restrictions came after the WHO said in its latest situation report on Indonesia released Wednesday that Indonesia is facing a very high transmission level.

"It is indicative of the utmost importance of implementing stringent public health and social measures, especially movement restrictions, throughout the country," the report said. 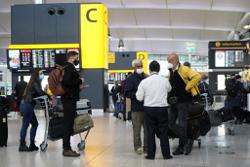