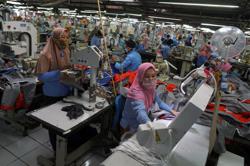 “Our focus is to realise the commitments on vaccines through bilateral and multilateral partnerships,” she said, and that the policy guideline was a continuation of the government’s 2020 strategy.

Now, during the country’s second wave of infections, medical equipment like oxygen cylinders and ventilators have been added to its health diplomacy list.

This does not mean that other foreign policy matters, like the imbroglio over Myanmar, are less important.

It is just a matter of priority.

At a time when millions of its citizens are facing increased risk of coronavirus transmission, the government needs to make a concerted effort in ensuring the swift arrival of the promised vaccines and other materials through bilateral and multilateral mechanisms.

When the second wave of Covid-19 ravaged India beginning in mid-February, Indonesia sent 2,000 oxygen cylinders and 200 oxygen concentrators in a show of solidarity.The amount may appear meaningless compared to the millions of Indian patients needing treatment, but our attention to and care for other nations matters more in these trying times.

Driven by the Delta strain, the second wave of infections has plunged Indonesia into such a critical condition that it has no other choice but to send an SOS to the world.

There is no need to feel embarrassed about calling for help from the international community, because nations must assist each other and work together to deal with the global pandemic.

As Tedros Ghebreyesus said back in August 2020, “No one is safe until everyone is safe.”

Indonesia’s diplomatic strategy has worked, as evident in the many countries that have responded to our call for assistance.

Australia is donating 2.5 million doses of the AstraZeneca vaccine as well as oxygen-related equipment and antigen test kits.

Other countries, including the United States, Japan and Singapore, have also pledged their assistance for Indonesia.

We have received four million doses of the Moderna vaccine from Washington via Covax, the global vaccine access scheme.

We should not forget that China was the first country to lend us a hand. Indonesia has received tens of millions of vaccines from China in Covid-19 response.

While we may one day have to repay what we receive today because “there’s no such thing as a free lunch”, that Retno is coordinating with the world is vital to protecting the entire nation from the virus. — The Jakarta Post/ANN 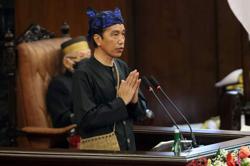