SINGAPORE (The Straits Times/ANN): There were 179 new locally transmitted coronavirus cases on Wednesday (July 21), including 130 cases connected to the growing cluster linked to the Jurong Fishery Port, and markets and food centres.

This brings the total number of cases in the Jurong Fishery Port cluster to 451.

There were also eight new cases linked to the KTV cluster. The cluster has a total of 215 cases.

Of the 179 locally transmitted cases, 80 were linked to previous cases and had already been quarantined.

There were 69 other linked cases detected through surveillance, as well as 30 new unlinked cases, said the Ministry of Health (MOH).

Among the cases are four seniors above 70 years old who are unvaccinated, and are at risk of serious illness.

There were also two imported cases who had been placed on stay-home notice (SHN) or isolated on arrival in Singapore, the MOH added.

Both of these cases developed symptoms during SHN or isolation. 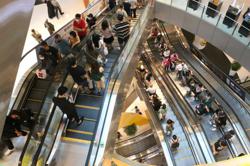