Singapore will go back to phase two (heightened alert) to stem the recent spike in community cases. - The Straits Times/ANN

SINGAPORE, July 20 (Bernama): Singapore will further tighten community safe management measures (SMM) by going back to Phase 2 (Heightened Alert) from July 22 through Aug 18, 2021. that among others will see permissible group sizes for social gatherings reduced to maximum of two persons from five.

In response to growing Covid-19 clusters detected at KTV lounges or nightclubs that had pivoted as Food & Beverage (F&B) establishments, the republic had earlier announced a tightening of community measures under Phase 3 (Heightened Alert) from July 19 through August 8, 2021.

Since then it has uncovered more clusters linked to the Jurong Fishery Port, especially in wet markets and hawker food centres, and it is very concerning to the Island-city as it can affect many people in the community all over the island.

Earlier, The Straits Times, reported that Singapore saw a record high of 182 new locally transmitted coronavirus cases as at Tuesday afternoon (July 20), including 135 cases connected to the growing cluster linked to the Jurong Fishery Port, and markets and food centres.

"Unlike the earlier KTV cluster which largely affected younger population segments, the current Jurong Fishery Port cluster is spreading among a wider segment of the population including the elderly who are at the highest risk should they contract the virus,” said the co-chair of the Multi Ministry Taskforce (MTF) on COVID-19 Gan Kim Yong, at a virtual press conference today.

"It has also spread to several markets in the community, which are frequented by seniors,” said Gan who is also the republic’s Minister for Trade and Industry.

Gan said about 81 seniors aged 60 and above were infected over the last seven days, and among them 12 were unvaccinated.

"This is of great concern to us because almost 30 per cent of the elderly population above 70 years old remain unvaccinated,” he said.

Overall, Gan noted that close to 50 per cent of Singapore resident population still not fully vaccinated and therefore not fully protected.

"Given the speed of infections and the rate the new clusters growing, we will need to temporarily slow down the spread of the virus to give us time to raise the coverage of a vaccination program especially among the older population to protect them against the infection,” he said.

Between July 12 and July 18, 2021, MTF said it detected an average of 46 community cases per day and it is the highest number of daily cases it had detected since April 2020.

The porous nature of wet markets and hawker food centres which serve a range of customers including vulnerable seniors also increases the risk of undetected cryptic transmission, said the Taskforce.

Work-from-home will continue to be the default at workplaces under the reversion to Phase 2 (Heightened Alert).

As of July 18, Singapore has administered a total of 6,794,394 doses of COVID-19 vaccines under the national vaccination programme and of the number 2,747,489 individuals have completed the full vaccination regimen.

The MTF noted that it remained on track to having two-thirds of its population complete the vaccination regimen by National Day of Aug 9, and is aiming for much higher coverage amongst the seniors.

As at noon July 19, a total of 179 cases have been linked to the Jurong Fishery Port cluster and 193 to the KTV cluster. - Bernama 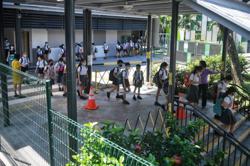 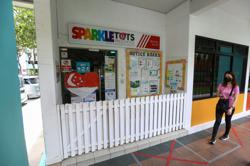